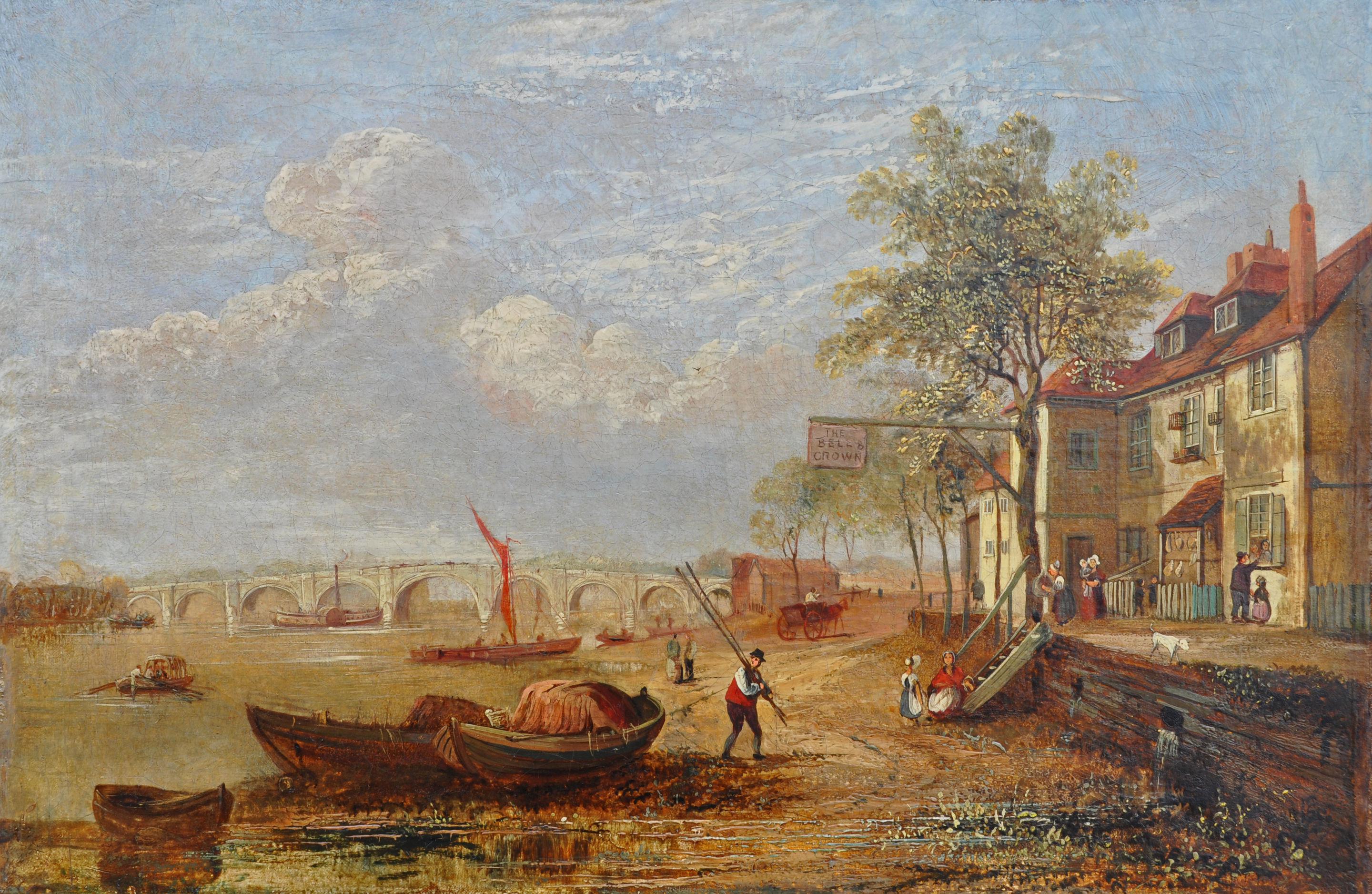 The life of Joseph Paul, as well as his artistic career, earned him a reputation that enables one to say of him that he was a 'bit of a character.' He was a gifted artist who was associated with the "Greats" of the Norwich School but turned from producing his own works to painting pastiches of Constable, John Sell Cotman, John Crome and James Stark which were then passed off later as the by the original artists. It is alleged that he fell foul of the authorities and fled his native Norfolk for the obscurity of London in about 1830. A Mr Hinds of Yarmouth, who knew Paul, attested to his being a heavy drinker but also having a reputation as a singer. In addition to all this, he was married five times in his lifetime and managed to live until the age of eighty-three.

Joseph Paul's father was Robert, a portrait painter who exhibited many works at the Norwich Society. It is not known who gave Joseph his artistic instruction apart from his father. The latter would have known the principle Norwich School artists so the son would have had close contact with their works giving him an opportunity to study them and the techniques employed. Harold Day, in his "The Norwich School of Painters" surmises that he had the closest association with George Vincent and Paul's depiction of skies clearly derives from that artist although the overall palette and brushwork is more redolent of John Crome.

Paul had his own quite distinctive style which is apparent even in his imitations of other artists. He had a free brush technique and there is an exuberance about his work. He utilised red grounds which gave a warmth to foliage and trees and faint pink can be discerned in the skies and this results in a highly attractive effect. The figures clearly show the influence of Crome and they fit well into the overall picture, not drawing one's eye from the composition as a whole.

The rare earliest works are of his native Norwich and these are followed by the paintings done in the popular Norwich School style, containing the standard features associated with the group of low horizons with distant fields, dykes wending their way to the horizon, churches, windmills and trees adding perspective and figures, often battling squally rain, on lanes with cart ruts.

In the "Walpole Society" vol.IX published in 1920/21, Mrs M H Finberg in her article 'Canaletto in England" writes: "…being supposed to have been concerned in some crime, consequent on which he fled to London." For whatever reason that he had to leave East Anglia, he went to London around 1830 and set about working on paintings with different influences to appeal to the new market. He made good versions of Canalettos, Samuel Scotts, Rembrandts and other old masters which were similar to the originals but with slight variances of his own. The London views of Scott and Canaletto are probably best known today with some highly attractive views on the Thames and around St James's and not all were taken directly from original earlier paintings. Day speculates that he might have been working in this different style to avoid recognition and that after a while, having had considerable success, became emboldened enough to return to imitating the Norwich School.

Paul's ability as a painter has sometimes been overshadowed by some of his works being passed off as by the masters in later years and obscures the fact that he was observant of his subject matter and could produce a work imbued with his own style. M H Grant, writing in his Dictionary of British Landscape Painters, says that "Paul had a genuine art of his own. Never forgetting that he was Norwich, from time to time he turned to a landscape of purely Norfolk scenery and manner, done in the quiet tones and careful brushmanship of the 'School'….and these are excellent rural paintings," and Day writes that "For many years Joseph Paul was regarded as a copyist, but his own landscapes have a vigorous charm which will merit him a place in the Norwich School."

In London, he lived in St Pancras at 53 St William Street and his son John (op.1867-1886) was a horse and animal painter exhibiting at the Royal Society of British Painters.