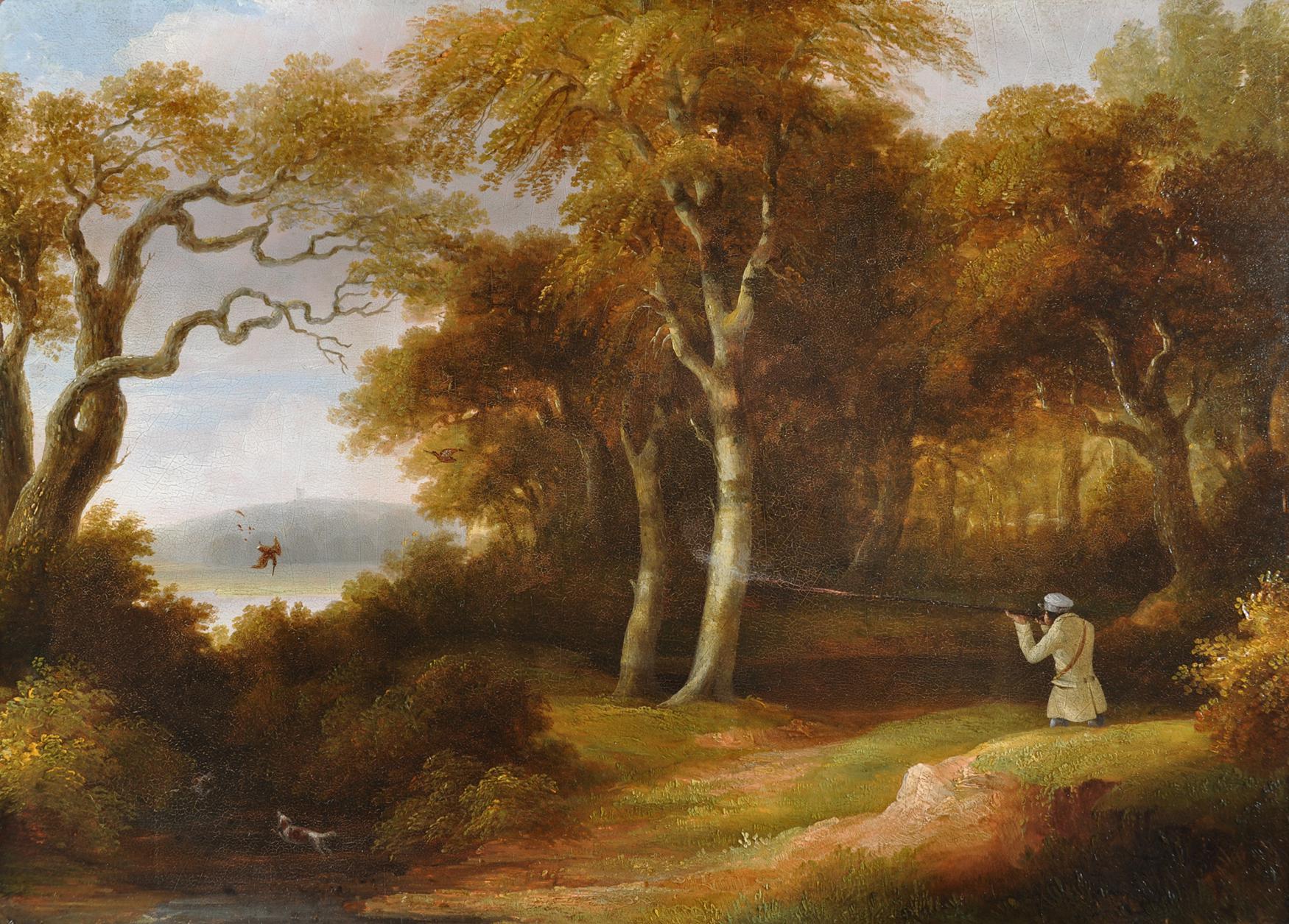 Oil on board, signed, inscribed and dated 1842 on reverse

His father John had married Mary Ann Channon at St Sidwell, Exeter on 16th November 1805 and John Wallace was born on 3rd July and was baptised on 4th September, along with his brother Frederick Wallace, at Holy Trinity in Exeter on 4th September 1811. Their father was an artist also and in the archives of the Exeter and Plymouth Gazette, an obituary to Mary Ann can be found in which it says of her passing on 2nd February 1837 that: "…at her residence in the Mint, aged 48, relict of the late Mr J Wallace Tucker, artist, of this city." (John Tucker had died seven years earlier, on Thursday 26th August 1830), "…at his residence in the Mint, after a long & painful illness, in the 46th year of his age,…the celebrated marine and landscape painter. His widow and family have to bewail the loss of one of the best & kindest of husbands & of fathers, at the very period when his talents as an artist had attained a general estimation which warranted the most flattering results, & justly commanded the admiration of all, for the works of a pencil aided only by the energetic conceptions of a native & highly gifted genius."

Both sons showed artistic talent at a young age and Frederick is listed as a "Drawing Master" residing in the Mint in Exeter in the census of 1851. John must have had more talent though as he was producing work in his late teens and became one of the best known artists in Devon at that time producing popular local scenes which display the English landscape manner evolving from the earlier Dutch influence as undertaken by others such as Julius Caesar Ibbetson (1759-1817), John Rathbone (1750-1807) and John Varley (1778-1842).

Tucker's pictures, emanating from his studio in Bartholomew Yard in Exeter, are nearly always on a small scale and painted on wooden panels or millboard, both of which gave a smooth texture for the subtle depiction of the landscape. He sometimes signed his paintings on the front but often would sign and date the work on the reverse and in addition, give the title of the subject or view.

Some examples of his Devon subjects include: View on the Exe, near Topsham, Devon; Bramford Speke, on the River Exe, Ogwell Mill, near Newton in the North of Devon; Exeter from the old Crediton Road; View of Exeter from the Exwick Hills; Colonel Seale's Castle, Mt Boon on the River Dart; View of the lower part of Marypole Head, near Exeter and The Parson and Clerk, Teignmouth, Devon. There was one picture which was an exception to his usual oeuvre however. In November 1979, Christie's sold a picture with the title View of Gibraltar from Algeciras. This painting was listed as being formerly in the collection of Lt. Gen. Sir Ralph Eastwood, Governor of Gibraltar but as there is no known record of Tucker having travelled out of England, one can only assume that the artist painted using other pictorial references, a method which was not uncommon for privately commissioned topographical works at that time.