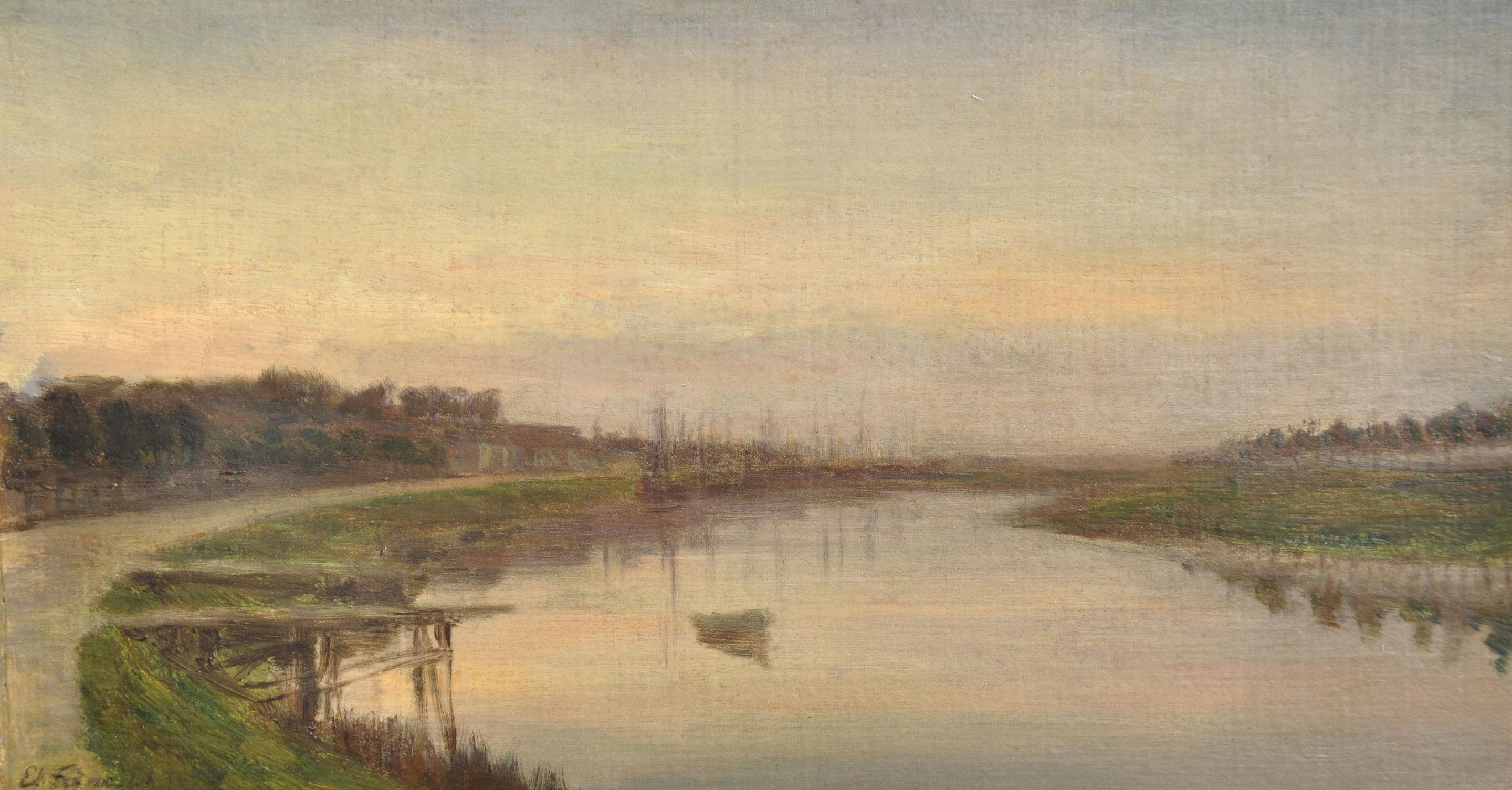 He commenced his artistic training at L'École des Beaux-Arts in Paris in 6th October 1836 and studied under the history painter Paul Delaroche (1797-1856). Frère exhibited his first paintings at the Paris Salon in 1842, one of which was "Le Petit Paresseux" and continued to show there until 1886. Between 1868 and 1885 he exhibited twenty-eight times at the Royal Academy in London with titles such as: "Making Jam", "Morning Gossip at Écouen", "Children teasing a Snail", "La Sortie de l'école des filles" and "Le Premier Bijou".

His work typically depicted genre scenes in a Realist manner, often of poorer, mundane families as opposed to higher society in more sumptuous settings. Small family groups in cottage interiors, schoolrooms and children playing in the snow were popular subjects and in this they echo the portrayers of similar socio-economic groups in England such as Augustus E Mulready, William Hemsley and Frederick Daniel Hardy who in turn had taken their inspiration from the Dutch Golden Age painters of the seventeenth century. These high quality works are imbued with a touch of humour and sympathy for those that he portrayed and he was one of the most popular mid-19th century portrayers of domestic genre. However he also produced a few landscapes such as "Le Chemin du Village" and "La Forêt a Fontainebleau en hiver"

Frère was awarded several medals for artistic merit during his career and in 1855 he was made a Chevalier de la Légion d'Honneur. In 1860 he travelled in Egypt and the consequence was a series of Orientalist paintings, one of which "Arrivée à l'oasis" is in the collection of the Museum at Bernay.

He died in Écouen, Val d'Oise - where there had been a painter's colony during the 19th century - on 20th May 1886. There will be an exhibition of the Écouen School in that town in the near future.