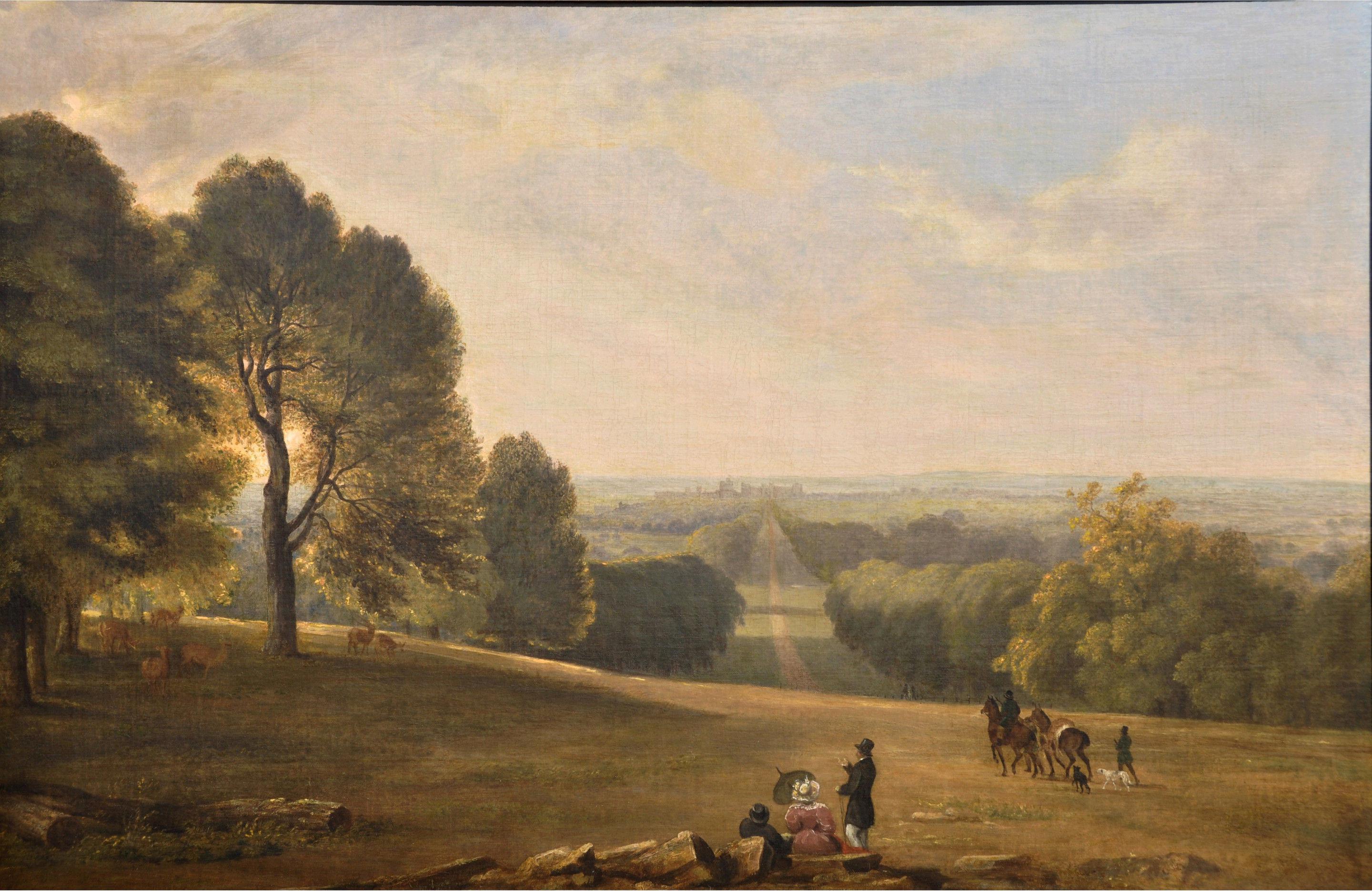 William Havell was one of the members of the Havell dynasty of whom six became painters. He was born in Reading on 9th February 1782, one of fourteen children. His father was a drawing master at Reading Grammar School who initially opposed his son's artistic aspirations, instead wanting him to obtain employment that would provide immediate financial remuneration to help alleviate the financial burden of such a large family.

However, William did not take to the commercial world and persevered with his painting and drawing to the extent that his father, astonished by his son's technical ability, relented and allowed him to follow his calling. Between 1802 and 1803, he travelled in Wales and the Lake District with fellow artists Joshua Cristall and Cornelius Varley.

He moved to 6, Clipstone St, Fitzroy Square, London in 1804, painting almost exclusively in watercolours, and exhibited his first picture in the Royal Academy, a view of Caernarvon Castle, in that year. He returned to the Lake District for nearly a year in 1807.

In 1805, he had become a founder member of the Society of Painters in Watercolours and when this body changed its name in 1812 to Society of Painters in Oils and Watercolours, he began to work in oils as well. He had a reputation as a somewhat abrasive character and for some reason, in 1814, he resigned from the Society. He fell out with the British Institute in 1815 when they rejected for exhibition his "Walnut Pickers at Petersham" and these two incidents, combined with some other disagreements, may have been the impetus for his acceptance of the post of official artist to the British embassy in Peking under Lord Amherst in 1816.

This position was not a success however and following his resignation, Havell travelled to India and worked as a portrait painter to the British establishment there and in Burma from 1817 to 1825. He briefly returned to England in 1826 and having recovered from a bout of cholera, set off again, this time to Italy with a fellow artist, Thomas Uwins, remaining there from 1828 to 1829. He made many drawings and sketches on this journey and produced both oils and watercolours of them on his return, some topographically accurate, others more capriccio.

These Italianate scenes were not a great commercial success and his last years, leading up to his death on 16th December 1857 were spent almost in poverty, alleviated a little by a pension provided by the Royal Academy Turner Fund.

Although his art traversed most of Italy and some of the east, as well as Wales, Scotland and England from the Lake District to Devon, it is his home region of the Thames which inspired him most and for which he is best remembered. Windsor, Richmond, Henley, Marlow and Caversham were often portrayed. In about 1818, the Havell brothers published a volume "Picturesque views of the River Thames" where the brothers coloured in aquatint drawings by William.

Grant says of him: "The best known artist of this talented family, a striking painter in both oil and watercolour…His manner has the merit of that it was particularly his own and that it was of considerable beauty…he would depict in keen yellows or hot crimsons, according to the hour, the placid reaches of the Thames… In Italy, his brilliant palette was equal to the atmosphere and scenery; there are few more effective renderings than his of the sun-drenched rivers, heights and groves and the sea itself…"

During his career, he exhibited 103 works at the Royal Academy, 42 at the British Institute, 32 at the Royal Society of British Artist as well as a number at the Old Watercolour Society. Titles of exhibited works include; "Scene in Windsor Forest", "Scene on the Thames at Windsor", "Ryddland Castle, St Asaph Bridge and Cathedral, North Wales", "View on the Grand Canal near Chong-trieu, with the principal junks and boats employed to convey His Excellency Lord Amherst to the Court of China", "View of Moel-Ali, with a Hindoostanee Dance, and the Tame Tiger of Hyderabad, at the great annual procession to the Mahomedian Temples", "Distant view of the Island of Capri, taken from a vineyard on Vesuvius", "The crater of Vesuvius taken from the summit" "Boats and fishermen at Hastings" and "Sunset scene, on the banks of the Thames".

Institutions that hold examples of his work include: Tate Britain, Victoria and Albert Museum, National Maritime Museum, and the Art Galleries of Manchester, Sheffield, Nottingham, Birmingham and Leeds.