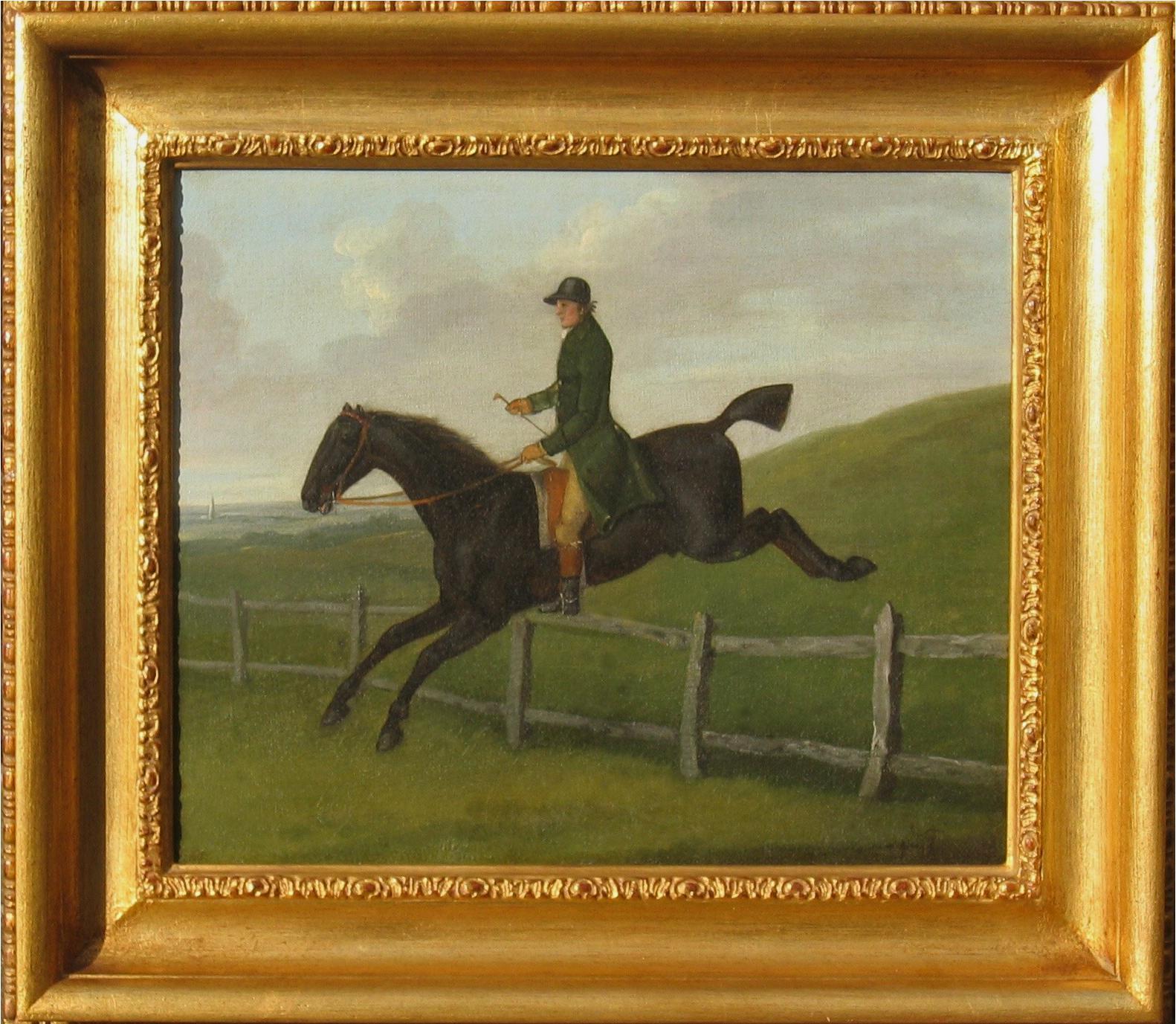 John Nott (sometimes erroneously written as Nost) was the most prolific and best-known member of the large and talented Sartorius family of painters. He was the son of Francis Sartorius and the grandson of John Sartorius. In order to be distinguished from his elders, he referred to himself in painting catalogues as 'J. N. Sartorius junior.' John Nott's brother was the marine painter, Francis.

John Nott concentrated his efforts on horses, both hunting and racing, but the occasional shooting scenes, dog or cattle portraits are recorded and he exhibited a number of fruit still-lifes as well. His horse paintings range from portraiture to hunting and racing scenes. His style is more advanced than that of his father or grandfather, yet he still retains an old-fashioned quality, even bordering on the naive at times. However, his depiction of his subjects is less naïve than that of the rest of his family and the horses tend to be rounder and softer. He was also superior to the rest of his family in his ability to paint the landscapes in which his subject matter is set and M H Grant in 'A Dictionary of British Landscape Painters' says that "…in some early works this rises almost to the mastery of that of George Stubbs".
His compositions, especially among his hunting paintings, are excellent and quite engaging

The Sartorius family were London-based and this centrality, aided by their apparent keen marketing ability, put them in an ideal position to win contracts to paint the animals of the wealthy. Their output was considerable which is interesting when one considers that by the time John Nott was in the later stages of his career, his style was already beginning to look
rather dated. This continual winning of commissions in the face of evolving tastes, must indicate his connections to the right people and business acumen.

He exhibited thirty-one paintings at the Free Society between 1776 and 1783 and seventy-eight paintings with the Royal Academy between 1781 and 1824. Titles of these include: "Dorimant beating Shark and other Horses", "Four Hunting Scenes" (1802), "Treeing a Fox", "Huntsman and three Hounds", "A Famous Horse called Trentham", "The Gold Cup, Epsom", "Unkenelling the Hounds", "Pheasant and Partridge Shooting", "Two Fighting Cocks" and "Horses, Grooms and Dogs".

Paintings were always sent from a London address although he worked regularly at Newmarket and he is reported to have spent a lot of time at an inn in Carshalton, Surrey.

There are forty-two engraved works of his paintings and some of his work was also published in The Sporting Magazine. The Prince of Wales, the Earl of Derby, Lord Foley, and Christopher Wilson were among his patrons. Examples of his paintings are in the Royal Collection, the Jockey Club, Walker Art Gallery in Liverpool, Hutchinson House, Brodick Castle, Saltram House, Fenton House in Hampstead and the South African National Gallery.