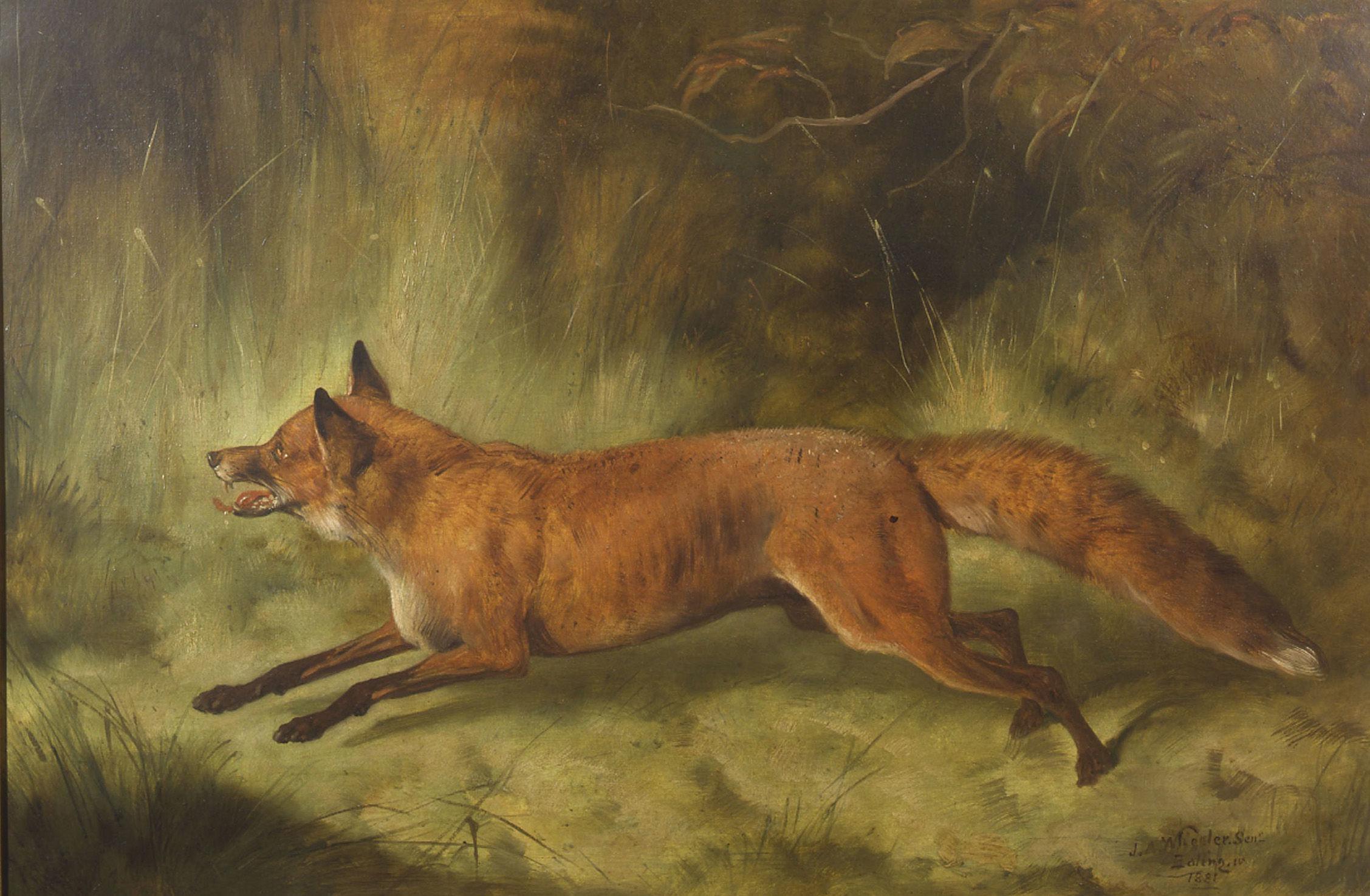 John Alfred Wheeler was born at Andoversford, near Cheltenham, in 1821 and was the son of a stone-cutter. He was to become one of the most prolific and successful horse and animal painters of his day.

Signed, inscribed Ealing and dated 1881, Inscribed on reverse "With the Artist's Compliments, Wishing many happy returns of the day. To Mister Fox".