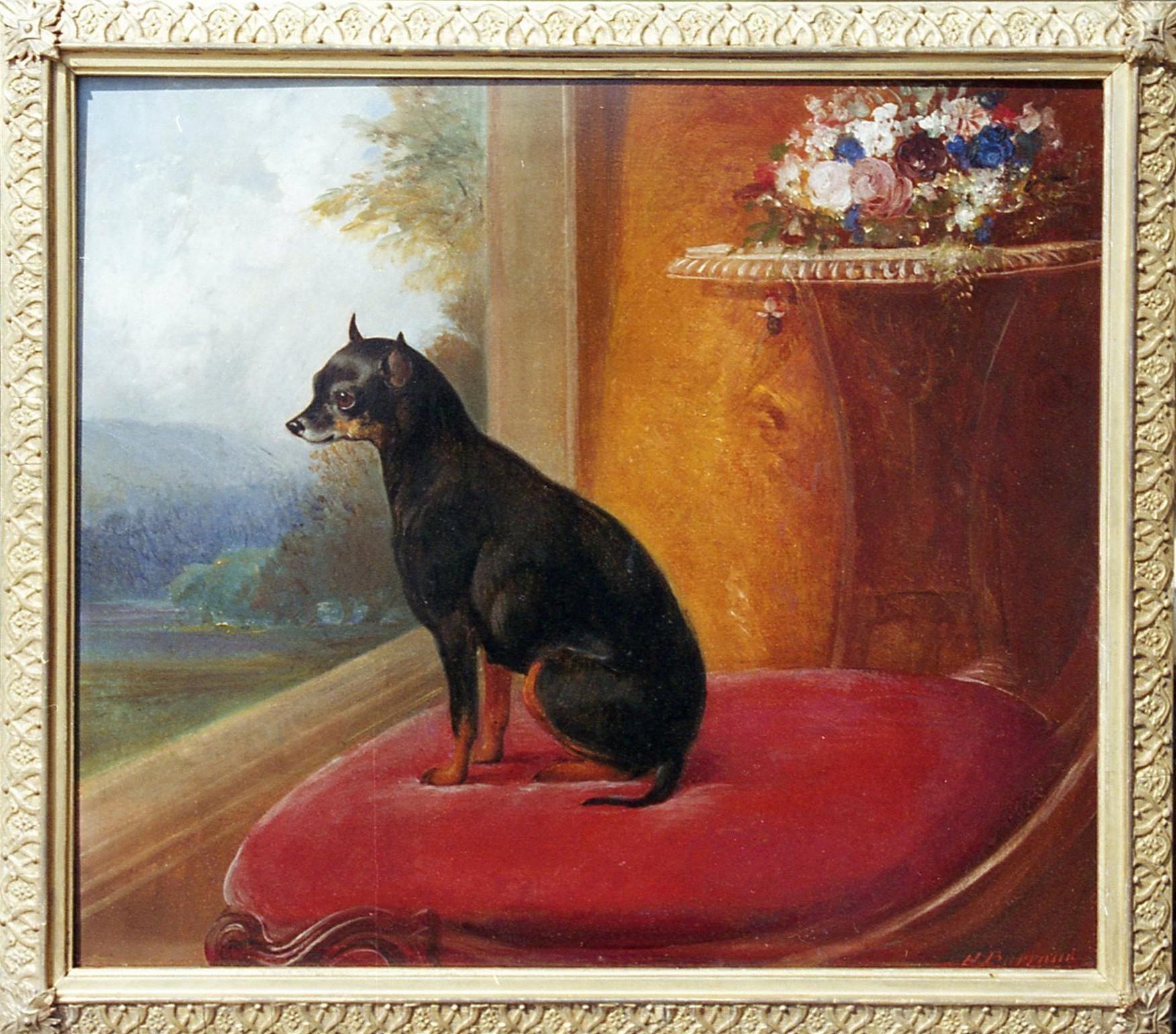 Oil on board laid on panel, signed and signed and inscribed and dated 1870 on reverse

Henry Barraud was born in London and baptised at St. Mary's Church, Lambeth on 16 May, 1811. His brother was the animal painter William Barraud (1810 - 1850), with whom Henry often collaborated when painting sporting subjects and shared a studio. The Barraud family were originally from Angouleme, France.

Henry married Anna Maria Rose in 1842 and painted her portrait for the Law Fire Insurance Society, where she had family connections. They are recorded as having between seven and nine children, depending upon the source, and adopted William's only son when he died in 1850. One of Henry Barraud's sons, Francis James (1856 - 1924), is credited with the advertising image of 'His Master's Voice.'

Barraud painted portraits, genre, and sporting scenes all to a very high standard. After William's death, Henry painted more animal portraiture on his own and demonstrated how accomplished a horse painter he was. Some of his paintings were exceptionally large and elaborate. For example, 'The London Season- Rotten Row, Hyde Park' measures 53 x 104 inches and shows all manner of fashionable activity on foot and astride with each person depicted in as much detail as their individual portrait might be. In 1858 Henry Barraud and his family converted to Catholicism and his work became somewhat more sentimental and religiously bias.

Barraud exhibited 33 paintings at the Royal Academy between 1833 and 1859, 48 at the British Institute, and over 100 elsewhere. His exhibited paintings were often historical subjects with titles such as 'The Theory of Gravitation suggested to Sir Isaac Newton by the Fall of an Apple' and 'Robert Bruce and the Spider.'

Barraud died of kidney disease on 17 June, 1874 at his home in Gloucester Place, London.

Oil on board laid on panel,

signed, inscribed and dated 1870 on reverse