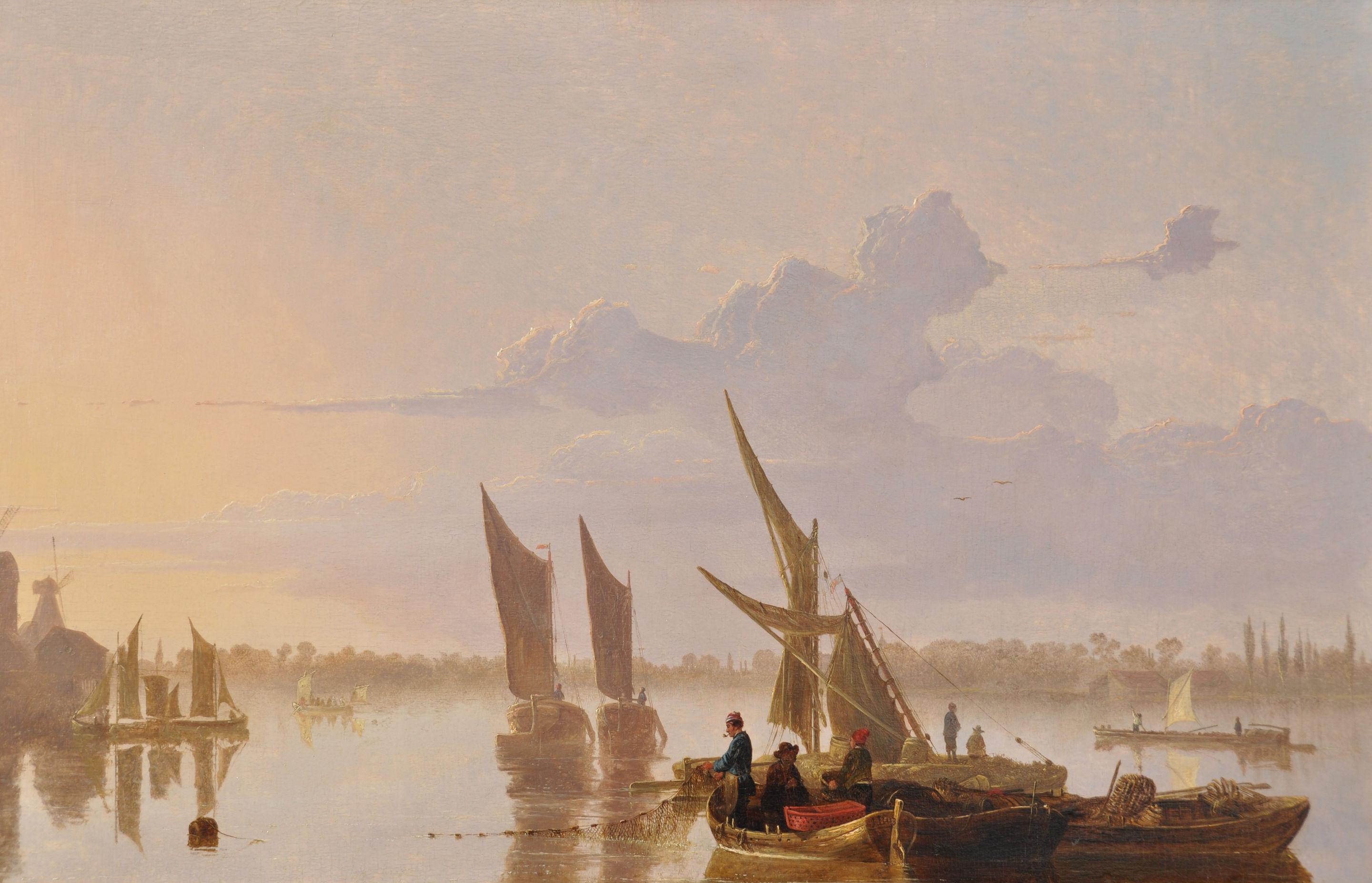 Exhibited: In the Light of Cuyp; Dordrechts Museum, October 2021 to March 2022

Possibly the painting exhibited at the British Institution in 1816 as View on the Thames no.60

James Burnet was the younger and short-lived brother of the engraver, painter and art critic John Burnet (1784 - 1868). He is believed to have been born in Musselburgh and had established a reputation as a painter of cattle before he left Edinburgh in 1810 for London to join his brother who had already moved there. He continued to paint cattle but also started concentrating on the landscapes of the Thames River around Chelsea and Millbank, often incorporating these animals into the work.

Burnet's style is borrowed from Paulus Potter (1625-1654), an important Dutch animal painter, and Aelbert Cuyp, one of the great 17th century Dutch river landscape painters. Both of these artists, as well as Hobbema and van Ruisdael, were highly influential on 19th century Scottish artists such Patrick Nasmyth as well as some of the Norwich School painters such as Crome and James Stark. Burnet's river landscapes are therefore often long and level with a low horizon.

He exhibited nine times at the Royal Academy, once at the Free Society, and twenty-four times at the British Institute. Some titles of exhibited works include Cowboy and Cattle, A Winter Morning, Breaking the Ice, and The Return in the Evening. In 1816, he exhibited four paintings each entitled View on the Thames. Exhibited paintings were sent from London addresses such as 26 St George's Road, 29 Smith Street, and Ebury Street. His brother engraved some of his paintings, utilising them in a book he had written on landscape painting which was published in 1849.

Because of his short life, Burnet's work is rare. Wood says of him: "…his work suggests talent that his short life precluded from flowering". Caw writes that his works are:"…pleasing English versions of the cattle and meadow pieces of the Dutch masters, carefully drawn and delicately painted…he loved tranquil and delicate morning and evening effects, and, although tentative in character, his treatment is marked by considerable intimacy of feeling, and the incidental interest in his pictures is usually appropriate and true".

Examples of his work can be found at the Victoria and Albert Museum and at Tate Britain (with a painting titled View on the Thames which is very similar in composition to this painting).

EXHIBITIONS
Possibly the painting exhibited at the British Institution in 1816 as View on the Thames no.60
Condition