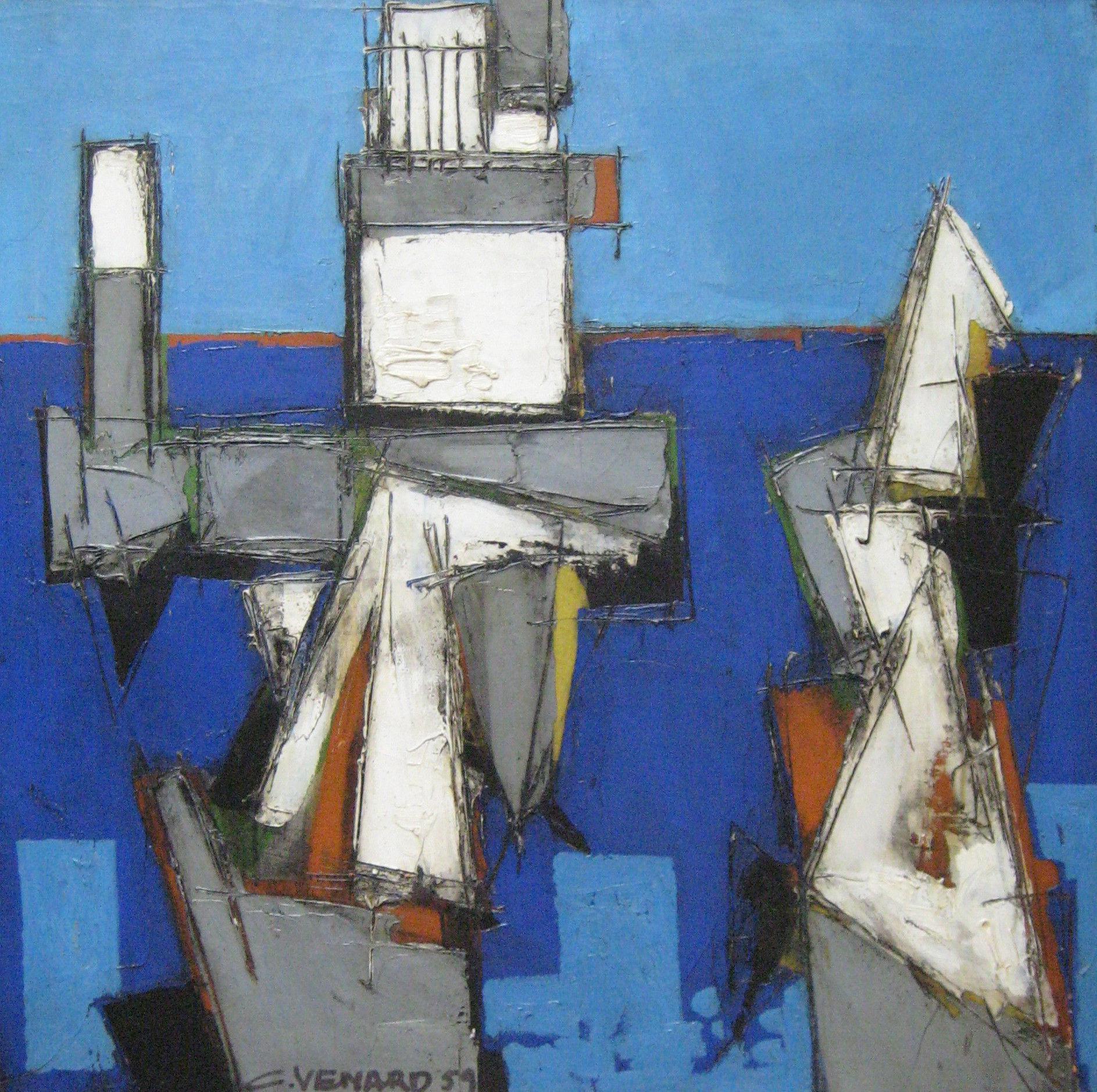 Oil on canvas, signed and dated 59

Although born in Paris in 1913, Claude Venard's parents were from Burgundy. From the age of seventeen he had set his heart on pursuing a career as an artist but encountered several setbacks in realising this dream. He was admitted to L'École des Beaux-Arts but left after only forty-eight hours and found that he was more suited to L'École des Arts Appliqués, remaining there for six years.

In 1936, he took up a position as a restorer at the Louvre. This proved beneficial in two ways for it not only provided an income which he sorely needed, it also gave him an invaluable insight into the techniques of painters spanning several centuries.

He contributed to the important French art group Forces Nouvelles together with André Marchand, Pierre Tal-Coat, Francis Gruber and Roger Humblot among others. However the participation of Venard, Marchand, Gruber and Tal-Coat was short lived as they did not agree with the harsh artistic diktats espoused by the group and so they left.

For his part, Venard immersed himself totally in his work and was like an addict in his need to satisfy his creative urges. After demobilisation from the army at the end of the Second World War, his life changed dramatically aided by his association with Marchand, Gruber and Andre Civet. This group of painters was at the forefront of artistic movement in France after the war and their progress was a communal effort. Everybody influenced everybody else and there was a strong sense of optimism and cheerfulness.

Venard began to enjoy success and from his earliest exhibitions in 1935, he eventually was showing all over the world in solo exhibitions. Venues included: Paris, London, New York, Philadelphia, Chicago, San Francisco, Dallas, Milan, Geneva, Copenhagen, Stockholm, Düsseldorf, Munich, Buenos Aires, Tokyo, Dallas and others in Holland, Belgium and Canada. A retrospective was held at The Reading Museum in Pennsylvania in 1969.

Throughout his career he remained true to a Post-Cubist style of composition but his colouration evolved over time so that the tones became more pronounced, seemingly almost to the point of deliberate crudeness and the paint was applied thickly, sometimes with a palette knife. His subject matter included landscapes, marine and harbour views, still lifes, interior and street scenes.