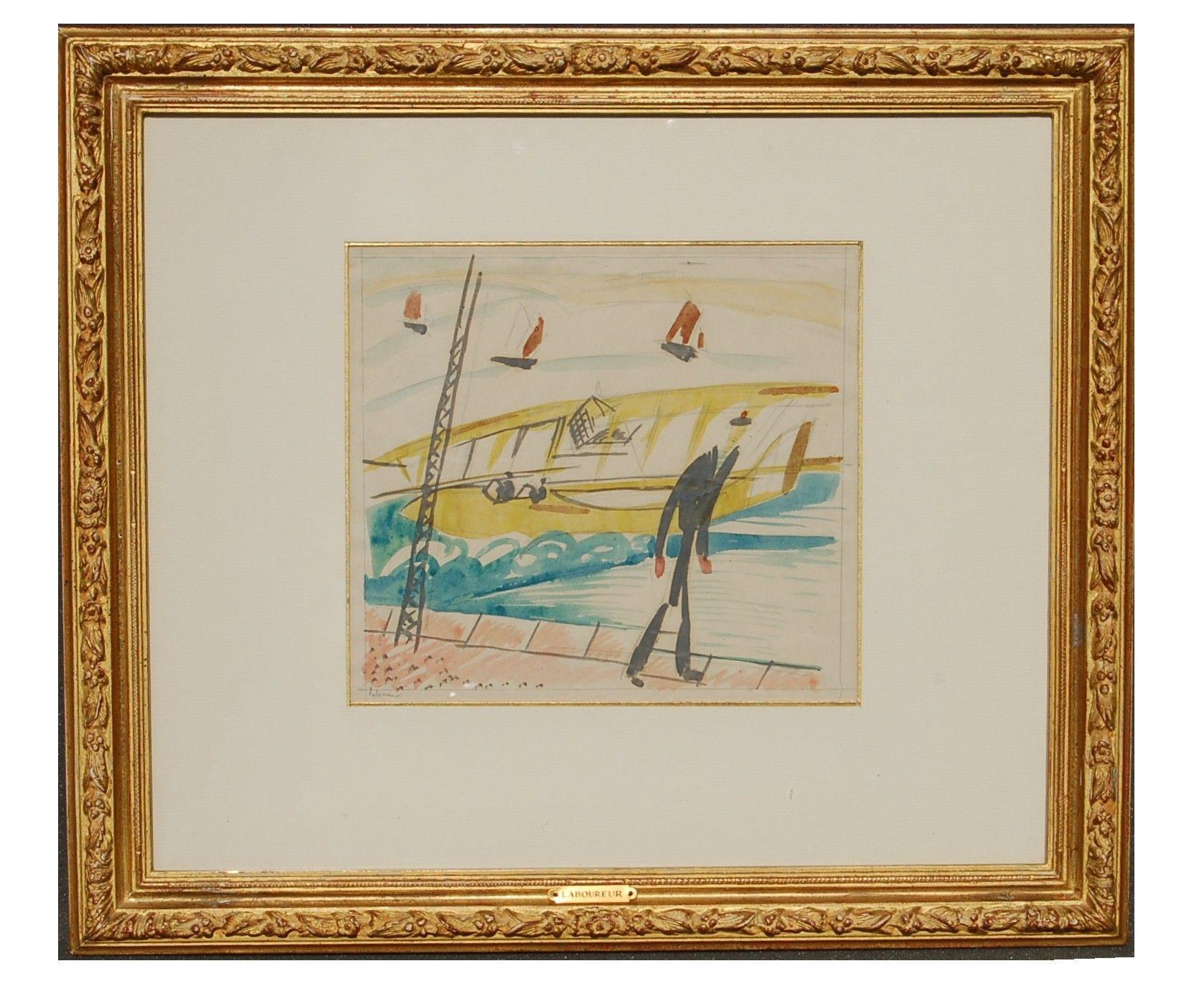 Born on 16th August 1877 in Nantes, Loire-Inférieure, Laboureur undertook his artistic training firstly at the prestigious L'Académie Julian in Paris after his abortive law studies in 1895 and then with the renowned painter and print maker Auguste Louis Lepère. He became an artist and engraver of considerable note and held his first exhibition - of woodcuts - in 1896 and their primitive style clearly showed the influence of Gauguin.

In 1899 he then undertook a lengthy voyage around the world staying in London and the U.S. for a time before returning to France in 1910 and establishing himself in Paris. During these travels, he had made particular studies of engraving in Italy, Germany and Greece and also in the latter, of Hellenistic vase decoration, which became a major influence on his work. From 1911 onwards, he began to exhibit regularly and later forsook woodcuts for etching and the influence of Gauguin for that of the Cubists. As early as 1912, Laboureur had earned recognition as a significant force in the great movement that was becoming known as Modern Art.

As well as Gauguin, Laboureur was also influenced early in his career, by Vuillard and Bonnard and his acquaintance with Touluse-Lautrec in 1896 gave him a valuable insight into how to instil ironic humour into his work.

During the First World War, Laboureur worked with the British Army as an interpreter and was able to continue his artistic career at the same time. He did many drawings and engravings, some of which were used subsequently in publications. He also started to experiment with steel engraving rather than the more cumbersome woodcuts and this helped to evolve his technique by allowing him to be more fluid and progress from the constraints of Cubism. By the end of the war in 1918, he had become well known through his illustrations and book designs.

He was an engraver and etcher who displayed a wonderful command of technique who despite his Modernist tendencies, held a high regard for the traditions of print making and the consequence of this was that he was able to draw together the systems of construction that had held good since Cézanne, and the more synthetic elements of his contemporaries, to create his own unique style.

Laboureur, although disciplined and far from frivolous, had an easy going demeanour and character which was somewhat at variance with some of his artist contemporaries who almost seemed to revel in the austere and 'slave to their art' appearance. He was courteous and gracious and some thought of him as a bit of a dandy but his personal traits were reflected in his work which were imbued with a very particular elegance and solicitude. This is no more apparent than in the finesse of his drawing.

Watercolours and dry-points were also produced by Laboureur with the same lightness of touch and cheerfulness as his engravings and his watercolours in particular were justly highly praised at the time.