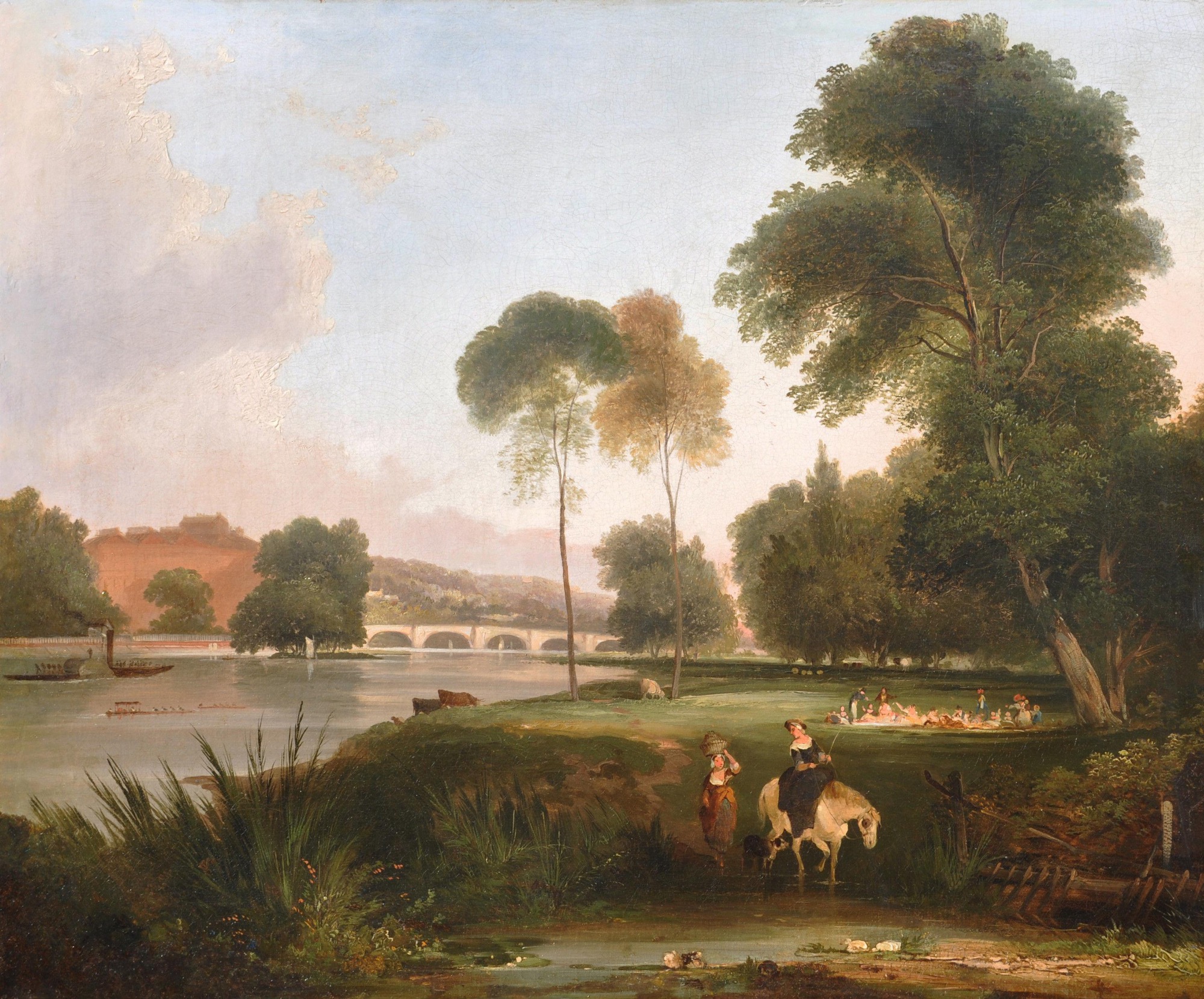 Oil on canvas, in original frame

George Samuel was equally adept painting in oils as he was in watercolours and the majority of his work, rather in the style of Paul Sandby, was in the latter medium. However, his landscapes in oils, some of significant size being over six feet long, have considerable merit.

He was a London-based artist but produced paintings all over England and Wales and exhibited his work at the major London institutions. These amounted to nearly two hundred in his lifetime with ninety-four at the Royal Academy, fifty-four at the British Institution and many others at the Old Watercolour Society. Examples of some of these titles include; "View on the Thames near York Buildings", "View of Tintern Abbey, Monmouthshire", "Snowdon from Llynian Manil, Caernarvonshire", "Plymouth Dock from Milbrook", "Entrance to Dover Harbour" and "View of London from Hampstead Heath".

Samuel first achievd significant recognition with his superb "View on the Thames from Rotherhithe during the Frost, January 1789" which he exhibited at the Royal Academy in 1790. Its critical acclaim and popularity with the public resulted in its being engraved almost immediately.

Despite the success of the Frost painting , Samuel never quite achieved the acclaimed career that was expected despite his contributions to the major institutions and it was not until a century later that his talent came to be recognised. Grant writes of him that "…it has remained to our own era to discover and appreciate the oeuvre of a nearly great English painter….his large oil paintings are fine and imposing pieces…"

Examples of his work are held in the Victoria and Albert Museum, Manchester Art Gallery, the Royal Collection, Nottingham Art Gallery and the Yale Center for British Art (formerly the Paul Mellon Collection).

George Samuel suffered a tragic and ironic death when a wall, beneath which he was sketching, collapsed upon him, thus bringing to a conclusion the life of an unlucky artist.