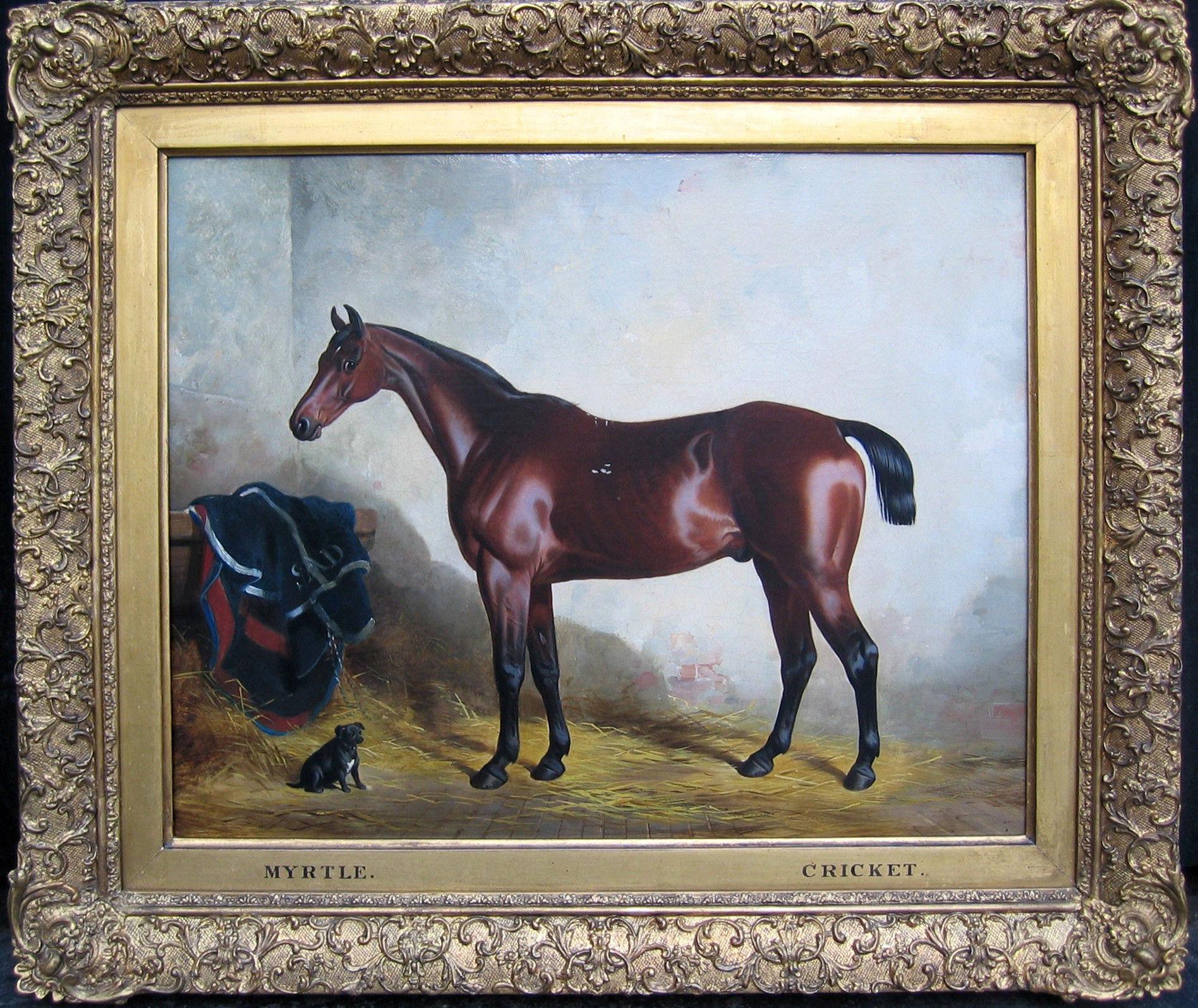 William Barraud was baptised on 4th April 1810 at St Mary's Church, Lambeth. He was the elder brother of Henry (1811-1874) who was also a renowned sporting artist. The family were of French origin coming from Angouleme in 1704 and one of their grandfathers was the miniature painter Thomas Hull and the other was Barraud the chronometer maker. Their father was an official in the Customs House and it is thought that William initially might have followed his father in that career.

He was certainly painting from an early age and became a pupil of the esteemed sporting artist Abraham Cooper (1787-1869) as did another of his brothers, Edward, who although an artist of some ability, did not pursue a career in painting. William's relationship with Henry was close and they shared a studio together from 1835 until William's death in Park St, Grosvenor Square, collaborating often on works and there is a suggestion that they operated as an official business partnership.

William married Mary Ratcliffe in 1842 but she died very soon after the birth of their son Clement in 1843 and he married Margaret Harrison in 1849, a year before his death on 1st October 1850 in Kensington from dysentery and typhoid fever. The Art Journal obituary of him in November of that year wrote that he was "…upright and sincere, and, while unsparingly rigid to himself, he was indulgent and considerate to others".

His first picture was exhibited at the Royal Academy in 1828 when he was eighteen and he continued to be a regular exhibitor there showing 58 times in addition to 36 at the British Institute, 38 at the Royal Society of Artists in Suffolk Street and 43 at various other venues, several in conjunction with Henry. Exhibited tiles include "Portrait of John Turner with a brace of Greyhounds", "Tartar, the property of Her Majesty", "Conrad, a two-year old short-horned Bull bred by Sir Charles Knightly Bt.", "Hawking", and "Favourite Horses, the property of the Marquis of Worcester". He was a favourite of Masters of Hounds and dog fanciers and titles such as "Her Majesty's Beagles", "Portrait of a favourite Spaniel", and "Stable at Haddon Hall, Keeper going out" is indicative of this.

Like his brother, he was principally a sporting artist but did occasionally produce history subjects and pure landscapes. Both brothers were very good but William is deemed the slightly better of the two. Grant says of his oeuvre that it was "…displaying a clarity and simplicity with considerable action…fulfilled all the requirements of sportsmen" and "…landscapes are well studied". Sally Mitchell says "His animal painting is of very high quality and of great charm".

In 1850 a book was published by H Graves entitled "Sketches of figures and animals" which was a collaboration between William and Henry and in 1864, C Tilt published "The book of animals drawn from nature" which William had worked on with T Fairland. There are four paintings recorded of Willam's that were engraved and eight that were done of the brothers' joint works.

The Victoria and Albert Museum has a drawing of William's in its collection and there are two oil paintings in the collection at Hutchinson House.