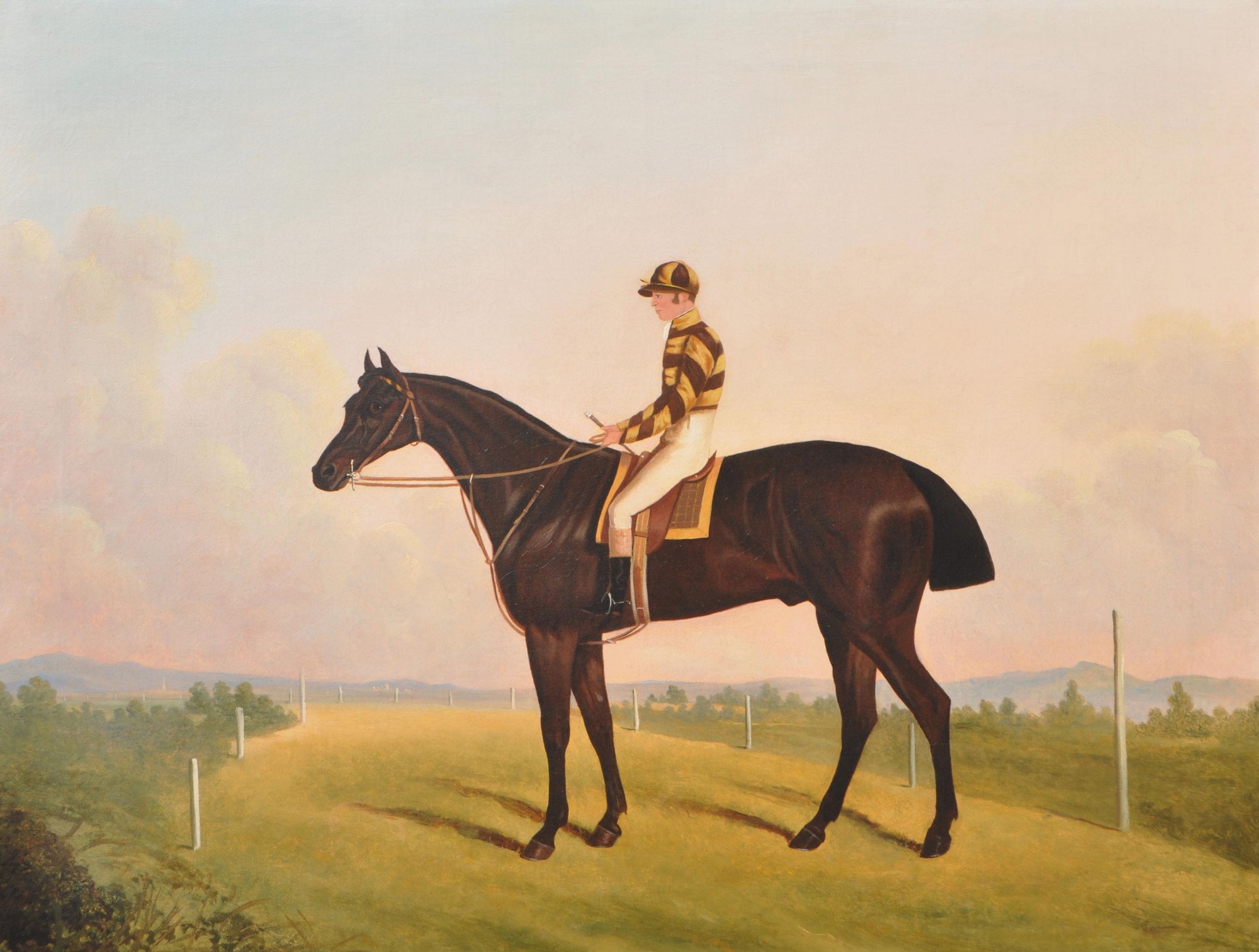 This painter of predominantly horse portraiture usually inscribed his work "Bath" as well as signing and dating it. However it is not absolutely certain that he originated from Bath because the local records only record him as working there from 1826 to 1854 and his earliest recorded work is 1820. This was a painting titled "A Favourite Cob" that G. Hunt made into an aquatint.

He first made his name in the rural community painting cattle for improver-breeders and as his reputation grew, progressed to depicting hunting groups, hunters and race-horses, a number of which were subsequently engraved. An example of this was "A Favourite Cob, harnessed" which G. Hunt made into an aquatint in 1820. In 1857, Hunt also made a large print of "William Long on 'Milkman' with Hounds".

He had the ability not shared by all equine portraitists, to make his commissioned works attractive pictures as well as being a true and accurate record of the animal. His human portraiture was likewise of fine and sympathetic quality and he became highly esteemed in the West Country.

Loder was at his most prolific in the 1830`s and 1840`s and produced a few coaching and racing scenes as well as his portraits and prize cattle. He tended to prefer to paint on the same size canvas, 22 x 30 inches. His son Edwin, who had enlisted in the 62nd Regiment of Foot in 1846 aged nineteen and served in India until his discharge on medical grounds in1866, also became an equestrian painter of some ability without attaining the standard of his father.

Some other titles of paintings by James Loder include: "Merry Lass with owner Captain B. Davies and jockey Rees, on Brecon Racecourse", "Hunters at grass" "Two coach horses" and "The Moor, a dark bay, with owner Mr Hex, Mr Carlin up" and examples can be seen in the collections of: Bristol Museum, Museum of English Rural Life, Royal Albert Memorial Museum, Armagh County Museum and the National Trust at Dyrham Park.