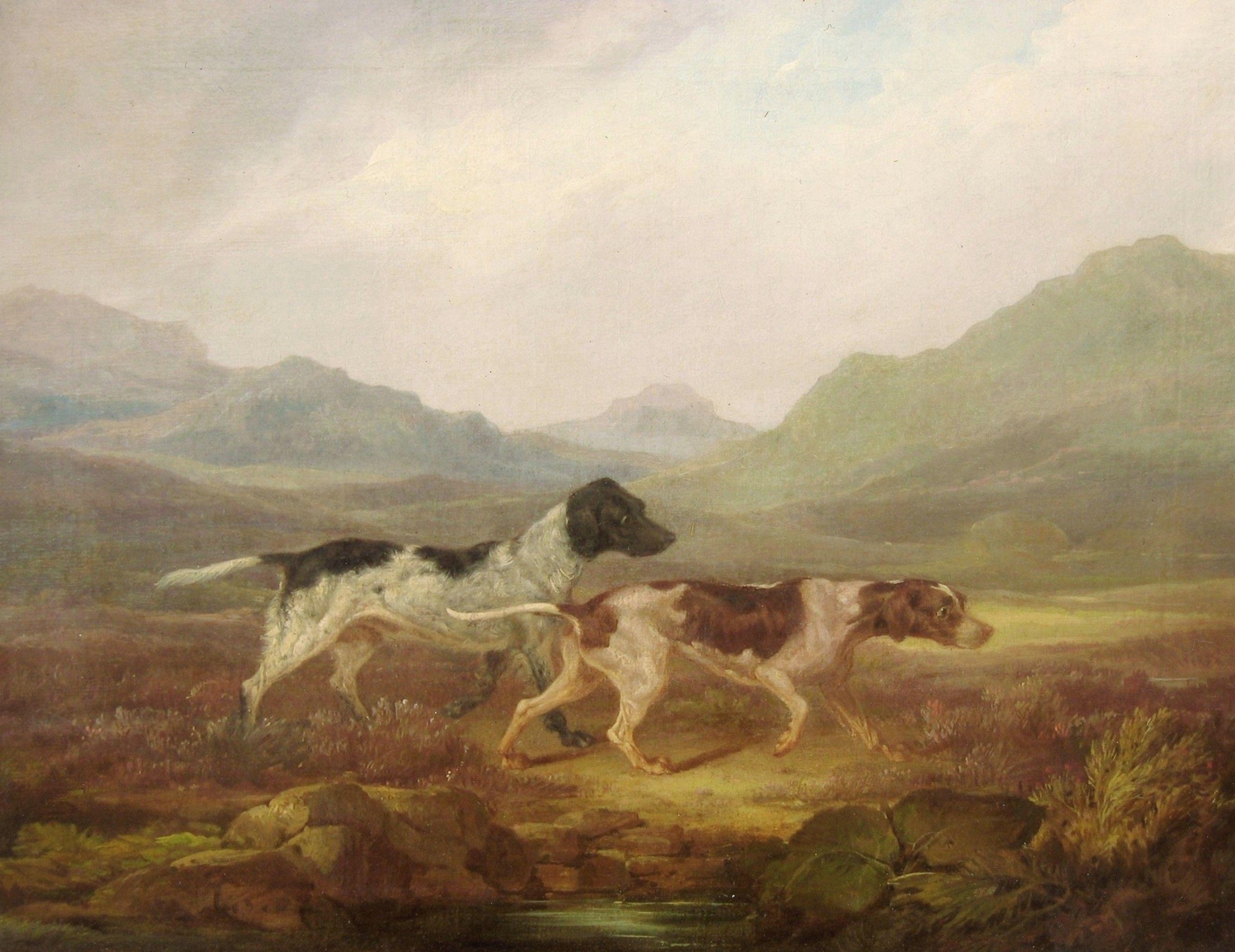 Oil on canvas, signed, inscribed and dated 1819 on original stretcher on reverse

James Barenger was born on Christmas Day 1780 in Kentish Town. He was named after his father, also called James, who was a skilful painter of insects, exhibiting at the Royal Academy from 1793 -1799. His son excelled in painting animals and landscapes and exhibited his first work at the Royal Academy in 1807 when he was twenty-seven. Several years later, Barenger moved from Kentish Town to Park Street, Camden Town.

Barenger was one of the first artists to market himself as an animal portraitist and this resulted in many commissions to paint prize cattle as well as the more traditional horse and dog portraits. His paintings of horses, which he treated with great care, were often positioned against a clear sky or blank wall to highlight their delicate features. He was very fond of Pointers, which he bred, and therefore painted numerous shooting scenes incorporating the breed.

Grant says of him "…he was devoted to sporting and animal paintings which he executed in a manner more artistic than is usual with such practitioners…with considerable pictorial success".

He always painted in oils and is recognised as an artist of great charm and ability with an attention to detail and sensitivity. All told, Barenger exhibited 40 paintings at The Royal Academy, eight at The British Institution, and three at The Royal Society of British Artists in Suffolk Street with titles such as: "Pointers, the Property of Mr Cumberbatch", "Foxhounds, the Property of E Tattersall Esq" "Partridge Shooting", "Snow Piece: Snipe Shooting" and "Landscape with Deer".

signed, inscribed and dated 1819 on original stretcher on reverse