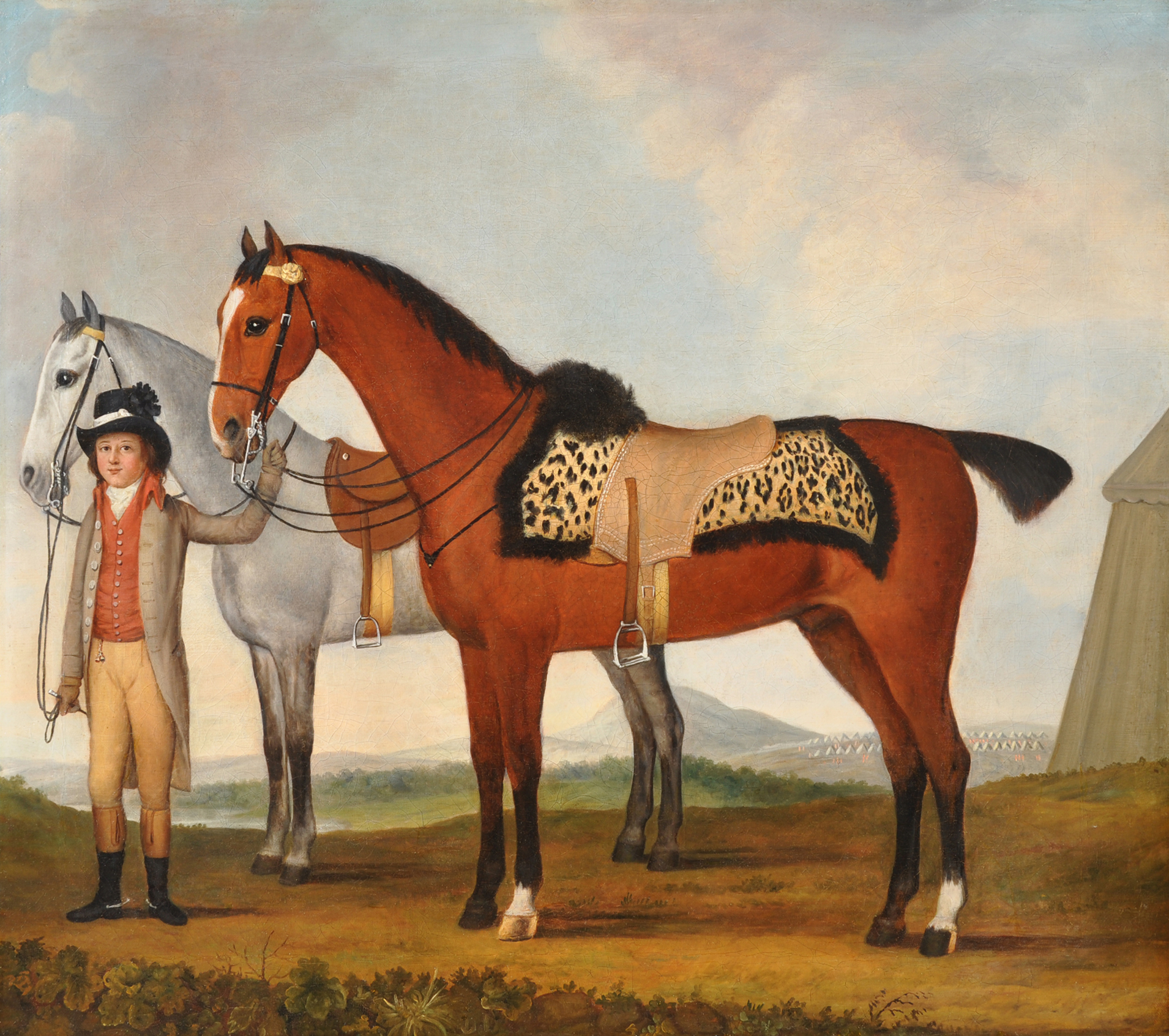 We are grateful to Andrew Cormack who has assisted in the cataloguing of this painting and supplied the following information:

The subject of the painting would seem to be the mount of a senior officer, possibly of a Militia (infantry) regiment at the period of the French Revolutionary War.

The groom’s clothing would seem to date the painting to the very last years of the C18th or the very early C19th - say 1790 to 1805. The British Army did not prescribe “panther” skins as the horse furniture for any regiments or ranks at this period, but it was certainly used. There is a portrait of George Pitt, First Lord Rivers by Thomas Gooch as the Colonel of the Dorset Militia during the American War of Independence - the portrait is dated 1782 - and his horse is adorned with a similar, though rather larger, “leopard skin” shabraque.* Your picture shows a rather more modest affair, though it is difficult to interpret exactly how the horse furniture was constructed. The fur cover appears to have a saddle cover in pale leather sewn over it with the stirrup leathers from the saddle below, slotted through it. The saddle itself, presumably very similar to that on the groom’s horse, is shown in a small area of slightly darker leather just in front of the stirrup.  It is not a housing as they were attached round the edge of the saddle. Shabraques completely covered the saddle.

The soldiers amongst the tents in the background are clearly wearing red coats and would seem to represent an infantry unit because there are no other horses or Horse Lines - picketed ropes to which the horses of a cavalry regiment would be tethered when they were not being ridden.

* This appears in Gwen Yarker’s, Georgian Faces - Portrait of a County (Dorset County Museum, 2011) but the pictures is in a private collection and does not appear to be on the Internet.