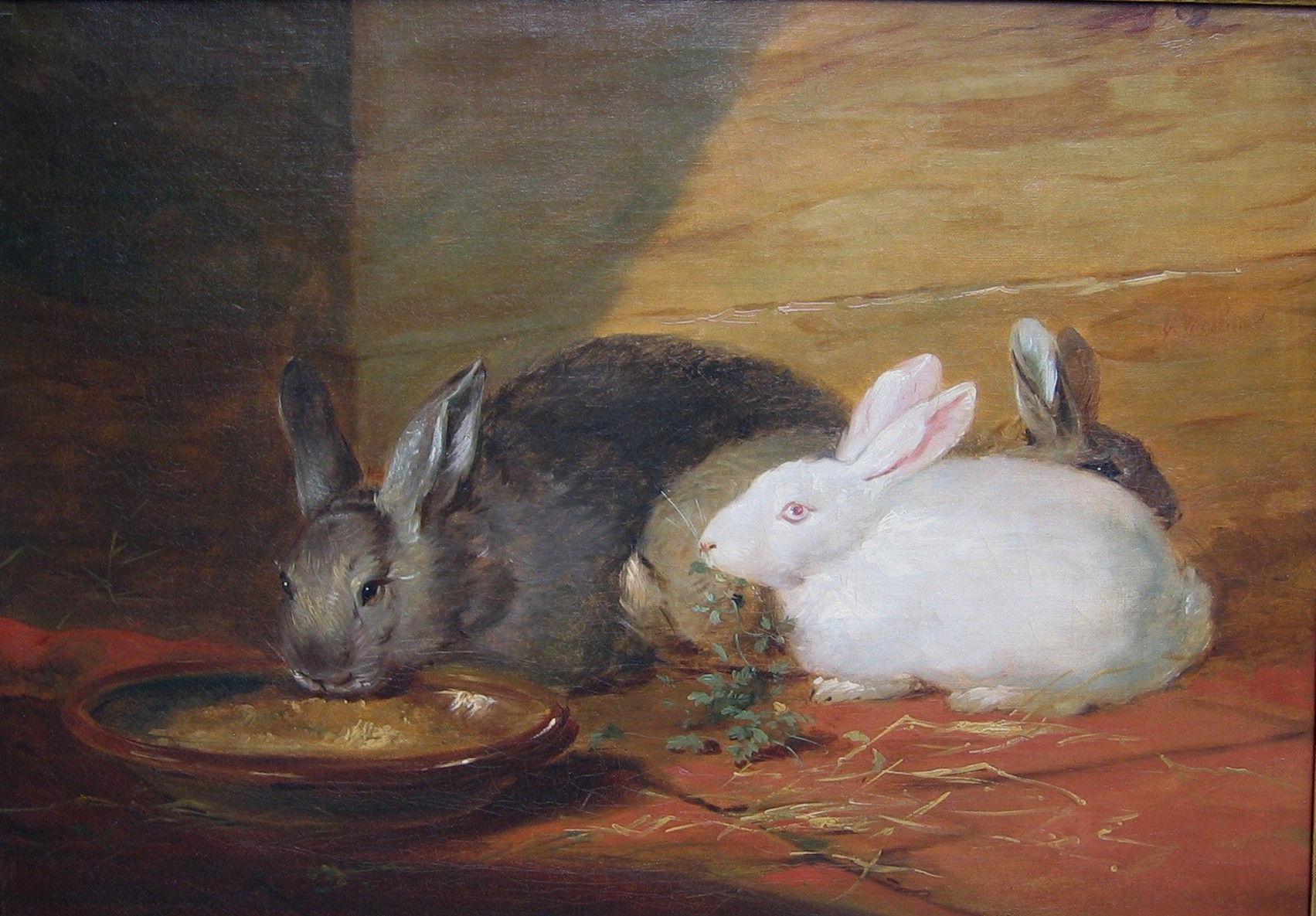 Born in London on 26th June 1763, he was the son of Henry Morland, a portrait painter who also dealt in and restored (and possibly faked) Old Master paintings of the Dutch school.

He was a child prodigy whose first picture was exhibited at the Royal Academy at the age of ten, at the Free Society at twelve and at the Society of Artists at fourteen. He was not sent to school but his father, a strict taskmaster, forced him to paint and restore commercially for him and indeed articled him as apprentice from 1777-1784.

His early exhibited works were stained drawings but it was with romanticised rural scenes that he established his reputation. He left home in 1784 first setting up in Margate and then St Omer in 1785, briefly working principally as a portraitist. Francis Wheatley was enjoying huge success at this time with his fancy pseudo-rustic pictures and Morland worked initially very closely in this style. He augmented his early popularity by marrying the sister of the renowned engraver William Ward in July 1786 and the subsequent prints of his work took him to a wide market.

Although he was making a good living for himself, he made friends with a number of dubious people who introduced him to gin and this ensuing attraction to drink plagued him for the rest of his life. It affected the painters commune set up in 1786 in Marylebone High Street together with William Ward and his brother, the eminent sporting painter James, and later his marriage to their sister. They eventually separated although George provided for Ann all his life.

Morland could sell all that he painted (estimated at about 3000 paintings) but his expenditure was so great -he is believed to have kept about twelve horses at livery - that his earnings could not maintain him. He was in a debtors prison from 1799 and 1802 but continued to paint while incarcerated.

His best works were between 1788 and 1798. His subject matter, although he produced a series of paintings of coves with smugglers and fisherfolk during an expedition to the Isle of Wight, was principally of peasants and animals about the farm, interiors of stables, rustic figures and landscapes and occasionally poignant figures of common life such as soldiers, sailors and deserters. The bulk of his work is in a small and intimate style and his landscapes followed in the picturesque tradition of Gainsborough and de Loutherbourg. Waterhouse says of him .... Morland does come very close to the heart of common things. The piggishness of the pig and the dampness of his wet woodlands are very complete.

MH Grant says ... depicts the life of rural England with a truth and freshness unrivalled even in that abundant field; moreover with a technical mastery and beauty which came as a natural gift.

Despite this, there is the criticism that this precocious gift, ease with which he sold his output and a somewhat indolent life style, caused him to squander his talent and although the very large Inside of a Stable in the Tate and his charming Winter Landscape in the Mellon Collection are as fine as any, he never sought to improve which could have put him among the great masters.

He exhibited 38 times at the Royal Academy, 33 at the Free Society and 34 at the Society of Artists with titles such as Children bird nesting, Sow and pigs, Returning from market, Shooting.

Museums where his work can be seen include the Victoria and Albert, Fitzwilliam, Bristol, Leicester, Glasgow, National Gallery, London, among others.

He died on 27th October 1804 in Eyre Street, London and his wife followed him three days later. They were buried in St Jamess Chapel, Hampstead Road. He wrote his own epitaph Here lies a drunken dog.