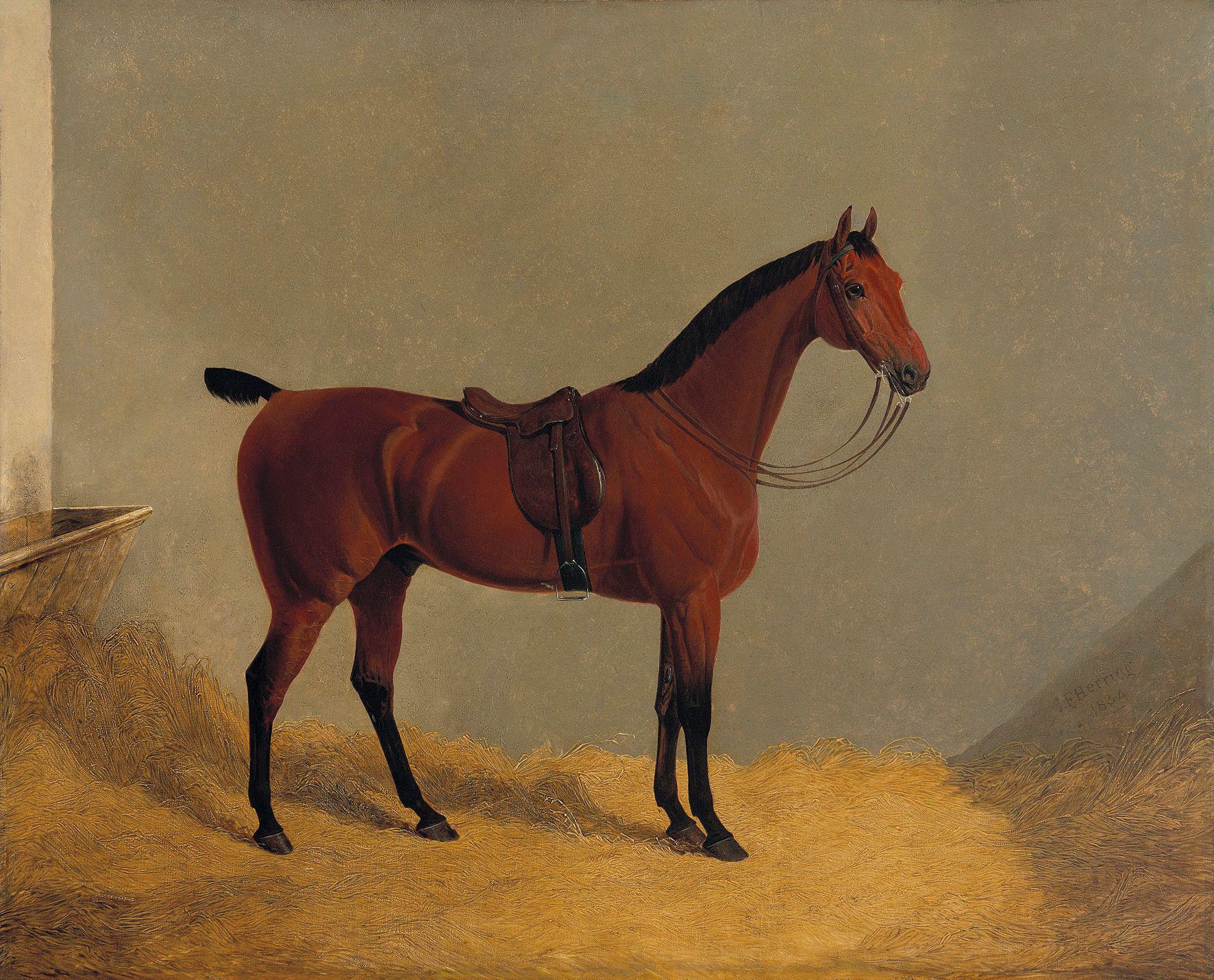 The Bay Hunter “Brownie” in a Loosebox and companion picture

Oil on canvas, the first indistinctly inscribed on label on reverse, the

second, signed and dated 1834 and indistinctly inscribed on label on

The 1840's saw Herring's commissions augmented by some major patrons such as the Duc d'Orleans who invited him to Paris to paint a number of works and some of these were engraved and published in Britain as well as France. Although he had been occasionally commissioned by both George IV and William IV, he was appointed painter to the Duchess of Kent (Queen Victoria's mother) in 1845 and in 1856, Queen Victoria erself granted him her patronage and continued to commission him for the rest of his life.