A Three-Masted Merchantman in two positions off the South Coast, the first position showing her hove-to and taking on a Pilot, the second showing her under full 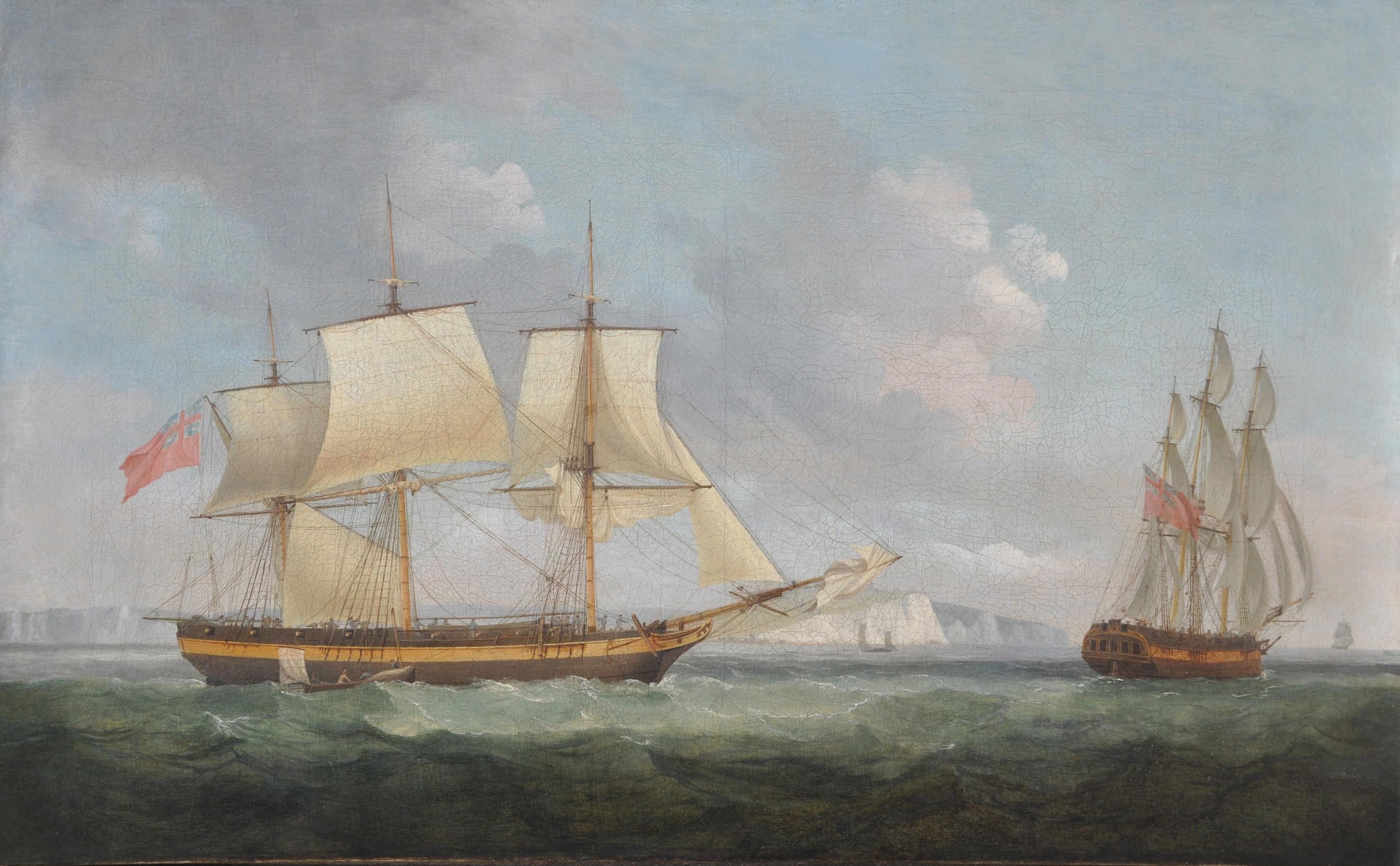 A Three-Masted Merchantman in two positions off the South Coast, the first position showing her hove-to and taking on a Pilot, the second showing her under full

A Three-Masted Merchantman in two positions off the South Coast, the first position showing her hove-to and taking on a Pilot, the second showing her under full Sail bearing up the Channel

His range of work embraced naval engagements, ship portraits, coastal scenes with shipping and ships at sea in fresh breezes and storms. The topography of the background is interesting and well observed and the depiction of the ships themselves detailed and technically very correct, a legacy of time spent in dockyards studying the subject matter.

The backgrounds are delightfully atmospheric and, like many British marine artists of the 18th and 19th century, Whitcombe favoured a dark foreground.