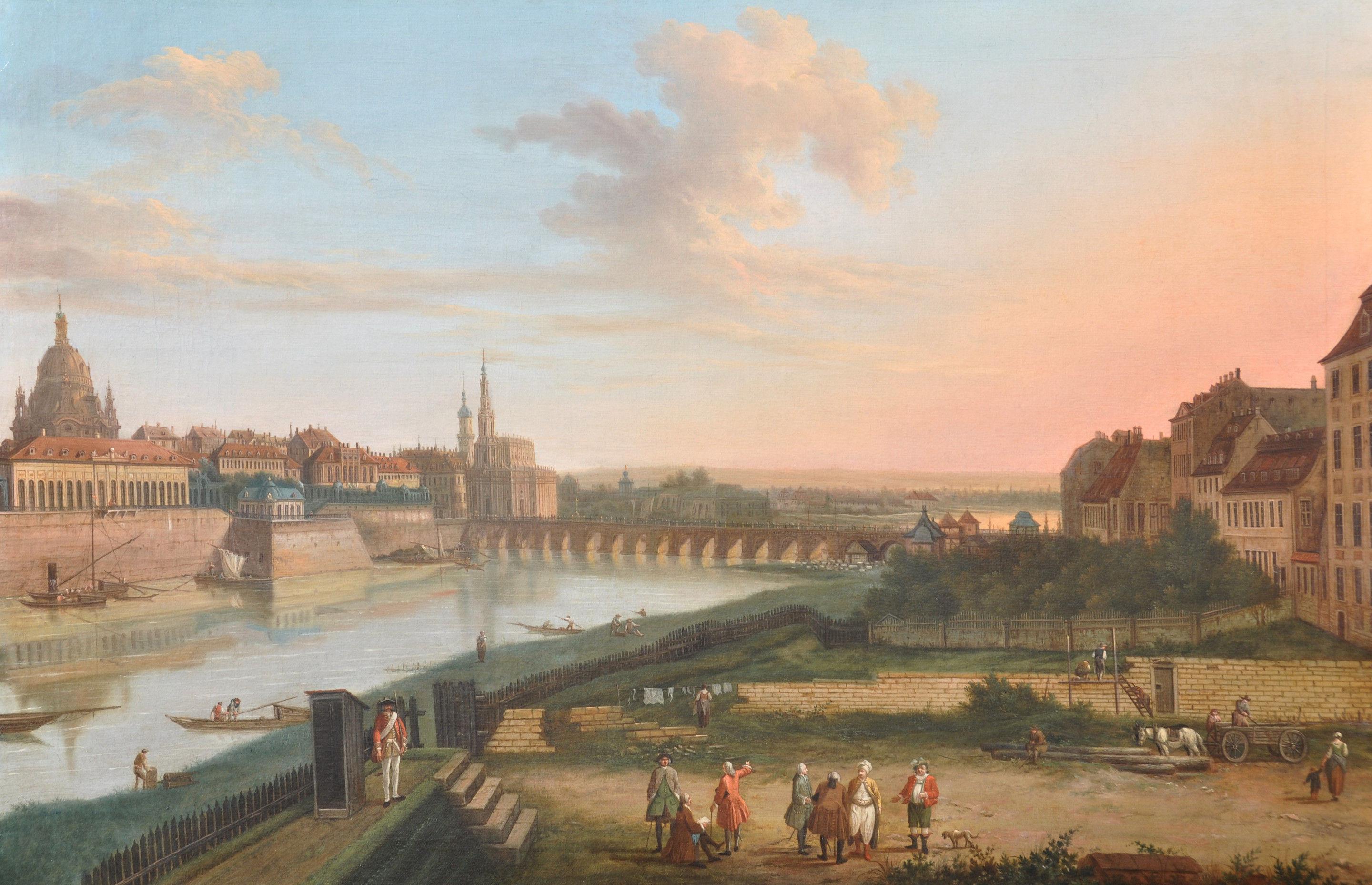 These two paintings are closely based on the pair by Bernardo Bellotto (1722-1780) in the collection of the Gemäldegalerie Alte Meister in Dresden. The view from the right bank below the Augustus Bridge was painted by Bellotto in 1747 but in this version, the significant difference is the lack of scaffolding on the tower of the Catholic Hofkirche and there are also variances in the figures in the foreground compared to the original. The version of the view from above the Augustus Bridge, although there are apparent differences, such as a pinker evening sky, is closer to Bellotto's original.

These were probably commission works for a Grand Tourist who had either seen the originals or had visited Dresden and then heard of the Bellotto paintings subsequently. The Grand Tour proved a lucrative market for English artists inspired by Italian painters like Canaletto and Antonio Joli who had come to London. Those who could afford the expense from their own pocket, travelled through Europe, usually to end up in Italy. Well-known artists such as Richard Wilson, William Marlow, Robert Freebairn, Thomas Patch and John Thomas Serres all produced a body of work on these travels. Some artists could not fund the trip themselves but there were opportunities to escort gentlemen travellers, recording what they saw and copying or producing works similar to those that took the eye of their employer. Thomas Jones worked like this while in Italy and others back in England, such as Joseph Nicholls and Hendrik Frans de Cort, although better known later for other works, produced specific commission work with a strongly influenced Italianate subject matter and flavour. William James was one of the artists who worked closely in the style of Canaletto and painted Thames views which were strongly influenced by the Italian. This also extended into portraiture and religious subjects such as when Gainsborough copied Murillo's St. John.