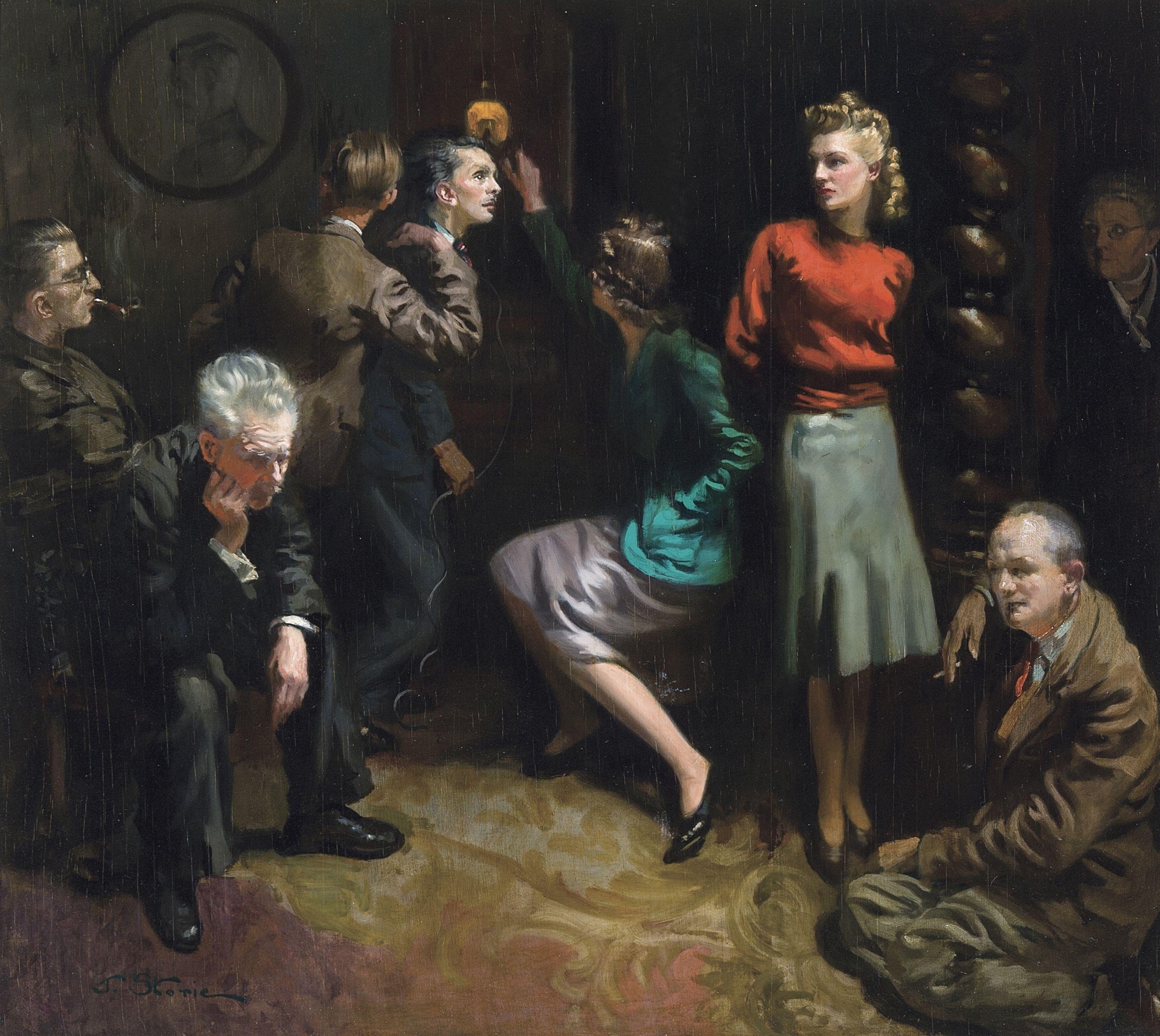 The painting depicts the artist and some of his family and friends gathered round a radio in 1945 in occupied Belgium. The label in French on the back reads: During the occupation, the painter, 3 times a war volunteer, and his family, would gather in the evening with a few friends and get out the radio from its hiding place to listen to the good and dear sound of the BBC, a source of inexhaustible courage

There is also a key which names and places the others in the room and of his mother on the far right he has written: "Praying in the fireplace for the end of the war and victory for the allies."

Born in Bruges on 2nd April 1899, José Storie was a painter of figures, in particular ballerinas and nudes, portraits and still-lifes, initially in the academic style. However, as his career evolved, he became more fluid, displaying a subtle grace showing his reverence for great painters such as Manet, Velasquez and the major Impressionists.

He was a pupil at the St Louis College and his initial artistic training was at L'Académie de Bruges under the instruction of the portrait, genre and landscape painter Florimond van Acker. He also took private instruction from the English
sculptor Sir Alfred Gilbert R.A. who lived and worked in Belgium and Italy for a number of years.

He volunteered for military service during the First World War and, upon the cessation of hostilities, went to Brussels to study at the Academy there from 1918 to 1922 under Herman Richir and Jean Delville before broadening his horizons further and honing his technique in Paris at the studio of the portrait and genre painter Lucien Simon.

Portrait painting formed the basis of his career, many of them on an official basis as well as privately commissioned and as his reputation steadily grew, many artists came to work in his studio and study under him. In the years following his
death on 29th July 1961, his studio was maintained as a museum. He was a member of the West Flemish Art Circle and founded the Bruges-based artistic group "Le Cercle Hedendaagse Kunst", becoming its president.