A Dark Bay Racehorse Held by a Groom 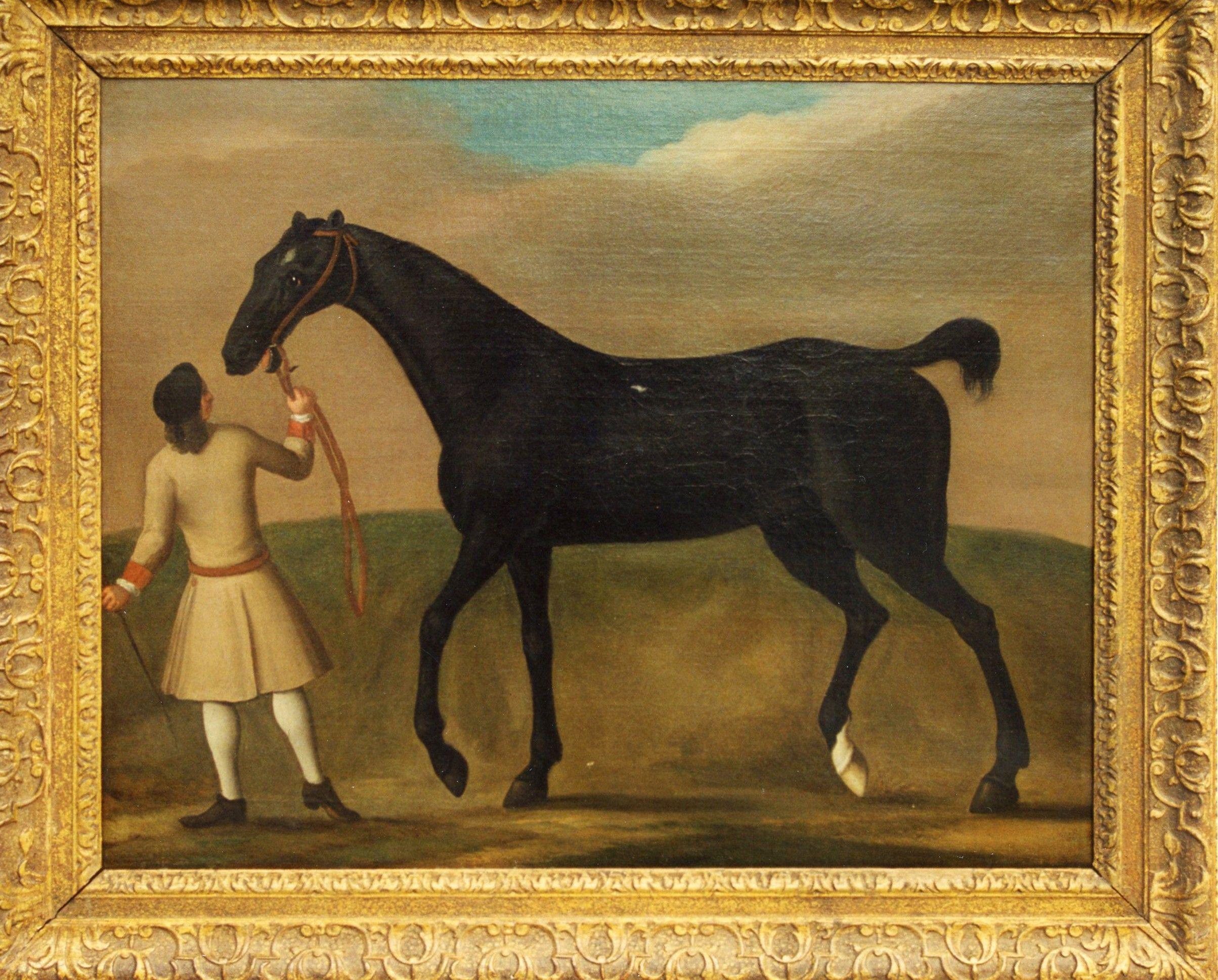 A Dark Bay Racehorse Held by a Groom

A groom holding a dark bay hunter standing in a landscape

Roper was an early painter of portraits, still-lifes and animals, especially horses. He studied at the St. Martin’s Lane Academy.  Occasionally Roper used pastels, but oils were his preferred medium.

Roper was a follower of John Wootton; however, his work is most often described as looking like a cross between that of James Seymour and Francis Sartorious.  Like Seymour, Roper represented a manner of horse painting similar to Francis Stringer and Thomas Spencer. The technique of the aforementioned artists can be described as precise, beautiful, and primitive with a certain refinement.  This type of painting is unusually stylised and easily recognised and it prevailed until George Stubbs made popular a more natural approach to horse painting in the latter half of the 18th century.

Roper’s subjects in particular were painted in a very realistic fashion compared with other artists of his day.  One of his paintings of an Arabian horse shows excellent attention to detail and clearly demonstrates the breed’s unique characteristics.

Recorded works by Roper are rare; however, a set of three paintings depicting the match races between Driver and Aaron at Maidenhead exists with the date 1754. He exhibited three paintings at the Society of Artists between 1761 and 1762 and nine at the Free Society between 1763 and 1765.