Beating a hedge; A smoke between drives; Gillie and dogs on the moor; Beaters' rest 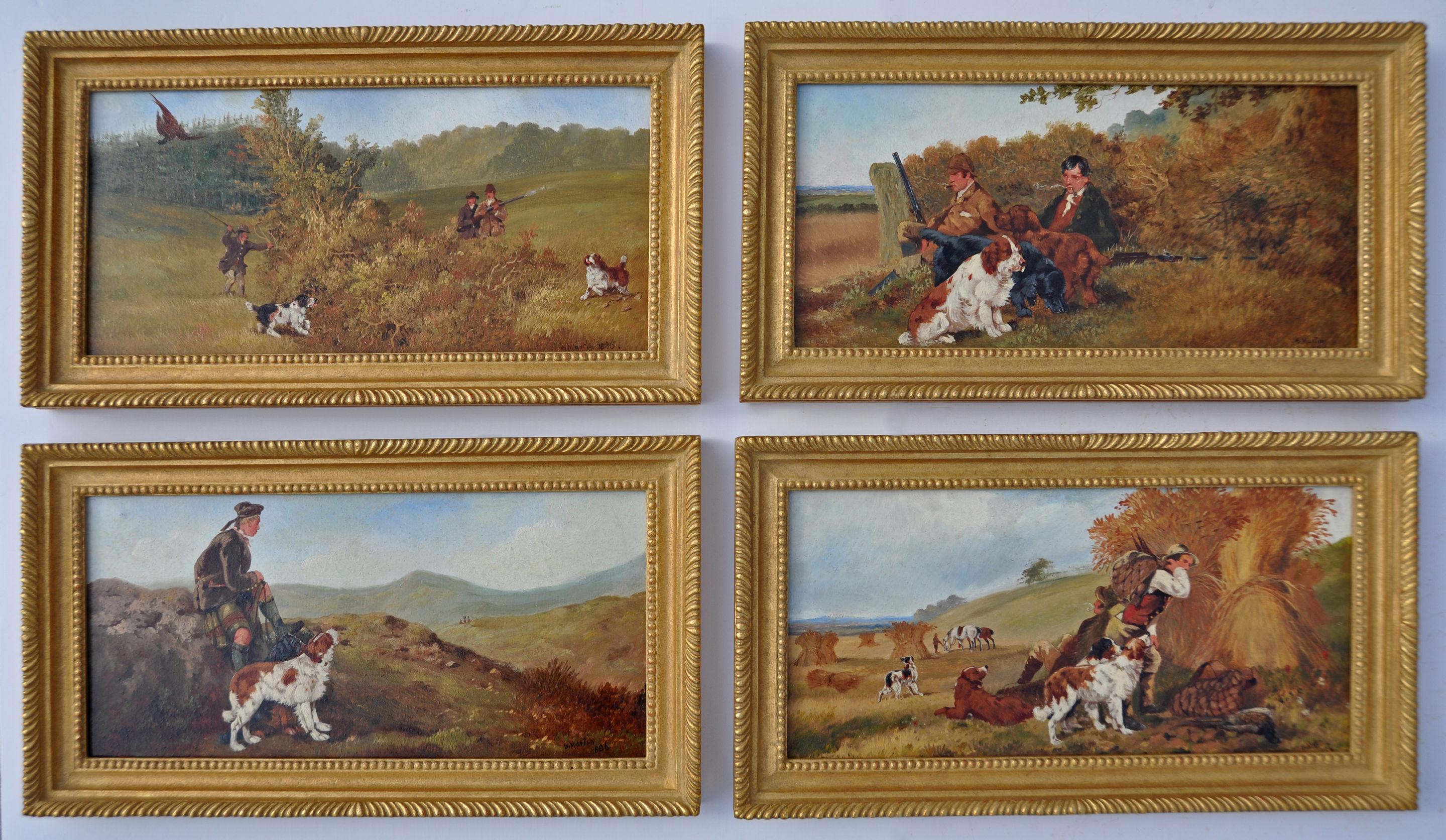 Beating a hedge; A smoke between drives; Gillie and dogs on the moor; Beaters' rest

Beating a hedge; A smoke between drives; Gillie and dogs on the moor; Beaters’ rest

He was from the Birmingham area and in the 1880s was living at Brook Cottage, Hall Green, near the city and very probably was the son or nephew of the coaching, hunting and equestrian artist A Anson Martin who was painting from about 1840 to 1870. Sylvester's paintings are distinctive in that he is able to convey the sense of movement of the animals in his paintings and he is able to portray their physicality so that one can sense the sound they would make as they moved over the ground. In this, he is demonstrably superior to his contemporaries R Stone and P H Rideout who painted similar scenes, on a small scale and often in pairs and sets.

He must have had a good understanding of hunting and been familiar to hounds and horses as he took the trouble to make them individually different and the proportions are well observed. The Ledbury in Herefordshire was a hunt that he portrayed on several occasions and Henley-in-Arden and its environs featured a lot.

He exhibited at the Royal Society of Artists in Birmingham between 1870 and 1899 and some subjects include: "Shooting Snipe," "Pheasant shooting," "Two Grey horses in a stable yard," "The meet at Beoley, Warwickshire," "Crossing the Blythe, Little Packington, Frogmore Wood," "Reynard not at home," "Mother fox with her cubs," "The gamekeeper with his dogs" and "Two pointers in a landscape."

The Maidstone Museum and Bentlif Art Gallery hold examples by Martin in their collections.