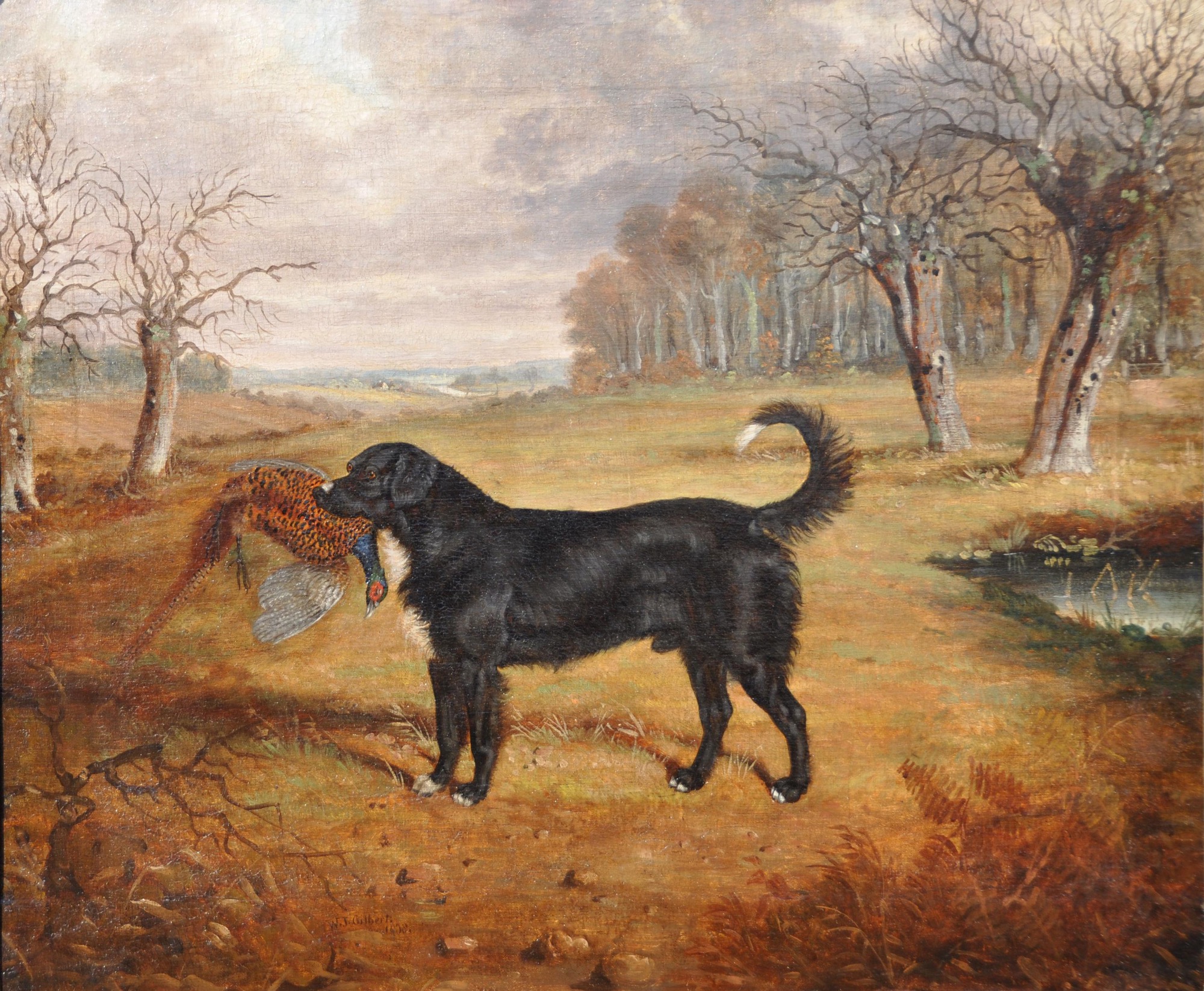 W J Gilbert was born in 1805 to George and Betsy Gilbert in the village of Wrentham in north-east Suffolk and was baptised there on 15th May 1805.

In the census of 1841, he is recorded as living in the small market town of Halesworth which is about ten miles south-west of his birth-place and was also the residence of the eminent East Anglian artists Henry Bright and Thomas Churchyard. The census records his profession as "artist" and that he lived with his wife Harriet (née Symonds) whom he had married the previous year. By 1846 they were living in Pound Street next to the rope and twine spinner Robert Peachey and were still there in 1851 when the household had increased with the addition of a daughter Ada and son Edwin Charles.

It would seem from the records that there were some disruptive events in the life of the Gilberts however. He is recorded as residing at several different addresses in Halesworth and it seems that he was sometimes alone as in 1861 he was boarding at the home of William Woods, a butcher and publican. His wife Harriet was working as a nurse in Bulcamp Union House which was in the vicinity. On 1st July that year he was charged with "drunkedness" but the case was dismissed on 5th July at the hearing in Ipswich. It is believed that shortly after this he moved away, probably to Penzance and that he died there in 1862.

His widow, who was working as a midwife, and two of her unemployed children, were living at 195 Beresford Street, Stoke Newington in 1871 and in 1891 she was in Putney with her spinster daughter Ada and probably remained there until her death in 1901.

Gilbert is typical of the provincial artists of the first half of the nineteenth century who, through word of mouth and recommendations of their abilities, found plenty of commission work with local landowners and gentry. Gilbert painted a broad range of rural subject matter including sporting dogs, equestrian portraits, shooting and hunting scenes, prize stock and landscapes and gained regular employment in the area along the Suffolk and Norfolk border

Some examples of his works include: "John Parksey with his son out coursing" (1841), "Racehorse" (1841, previously in the Sporting Gallery at Hutchinson House), "Shooting; Coursing - a pair" (1856), "Gaffer, a chestnut pony", "Dark bay horse and gig", "East view of Halesworth from Castle Hill" (later engraved by D. Buckle) and one of his best-known and most loved paintings, "Southwold from Harbour Road," which is now in the collection of the Southwold Museum.