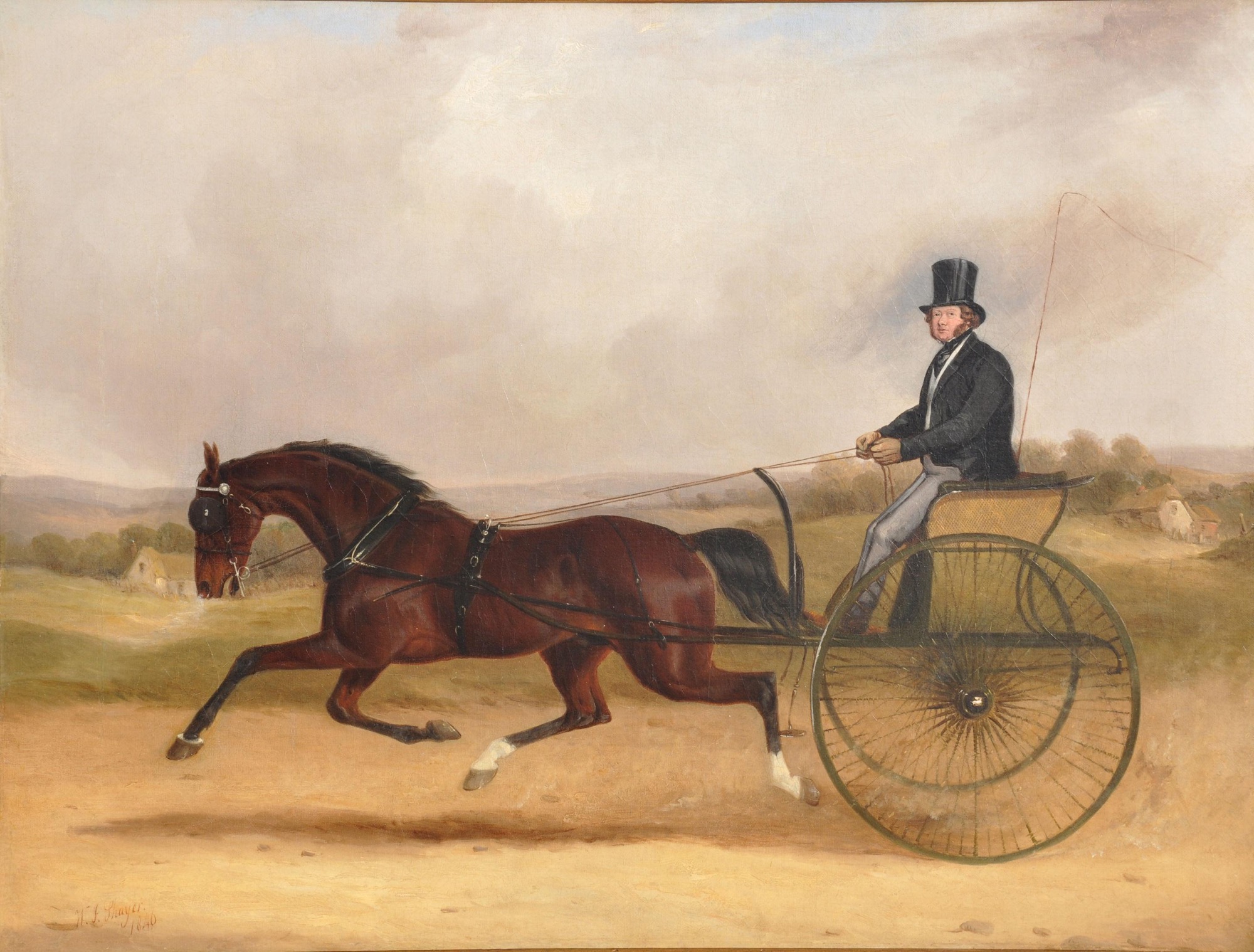 William Joseph's work is sometimes confused with that of his illustrious father and it is assumed that the former was taught by his father in his studio as his style is very close to that of his father although with less pronounced colouring. William Joseph exhibited his first painting, "Portrait of a Mare", at Henry Hampshire's Picture Gallery, when he was only seventeen years old. The following year he showed "Trout, from Nature" at the Royal Society of British Artists in Suffolk Street, London.

Although he painted a good number of horse and dog portraits, farmyard and hunting scenes and some landscapes, he was probably best known for his coaching pictures which he depicted with great accuracy and knowledge, possibly gleaned from his time spent as a coach driver. This had come about after his move to Holborn in London and the death of his wife after only two years of marriage in 1833. Most of his early work was and commissioned presumably he could not gain enough commission work after moving to the capital to sustain a living solely from painting.

Besides the depiction of "Confidence", another renowned horse that he portrayed was "Achievement", winner of the 1,000 Gns, St Leger and Doncaster Cups and another was "Poison", Winner of the Oaks Stakes at Epsom.

Shayer exhibited twenty-four times between 1829 and 1885 with two at the Royal Academy, one at the British Institute and nineteen at the Royal Society. Titles include: "Greyhounds", "Leisure Moments", "Copenhagen, a favourite Charger, the property of His Grace the Duke of Wellington", "Major, Bounce and Rap, three Setters, the property of - Horsley Esq.", "The Farm Stable" and "Eton from the Thames".

A good proportion of his work was engraved and most of this was published by Ackermann's. Public institutions that hold examples of his work include: The Glasgow Gallery has "A Shady Pool" in its collection, Leicester Art Gallery has "Coursing", Richmond-on-the-Thames Art Collection has "Twickenham from Richmond, Surrey" on display in The Orleans House Collection and "Unloading the Catch" can be seen in the collection of the Russell Coates Art Gallery and Museum.

Confidence was a famous American Trotting Horse and came to England when Louis Bonaparte, who had purchased him in New York for 750 guineas, presented him to the Duke of Richmond. He remained unbeaten throughout his career and his final match was across Sunbury Common on 18th October 1839. This was held over two miles and he completed the course in five minutes 39 seconds.