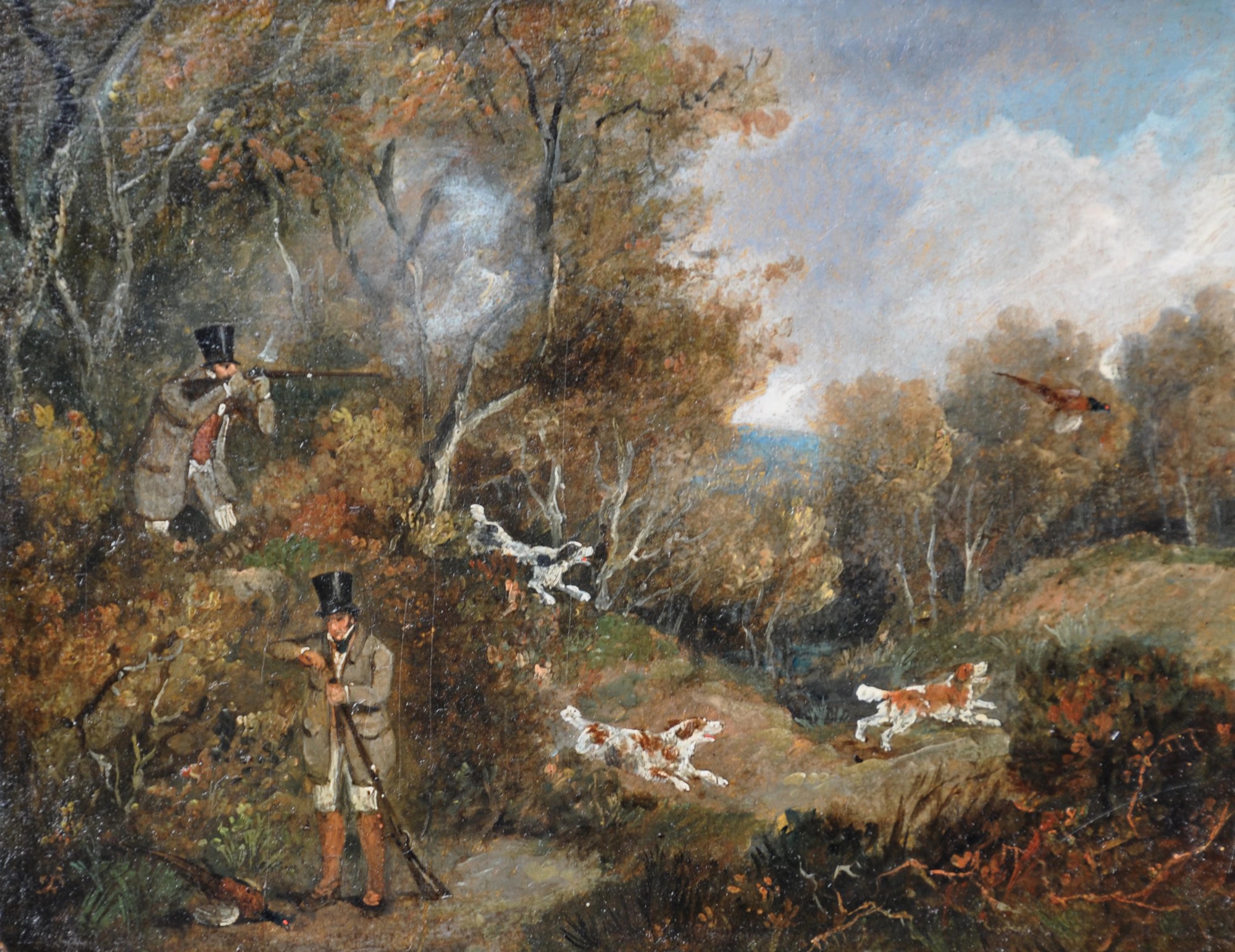 From notes made in two of his sketch books to be found in the British Museum, it can be seen that Jones thought that landscape painting was very important. This is reflected in the handling of trees and shrubs in his paintings. Wood, in his Dictionary of Animal Painters, says of him, "His landscape, by itself or as a setting for his sporting figures, is well-painted and commands
respect, being far superior to that of most animal painters, amongst whom he can hardly be numbered".