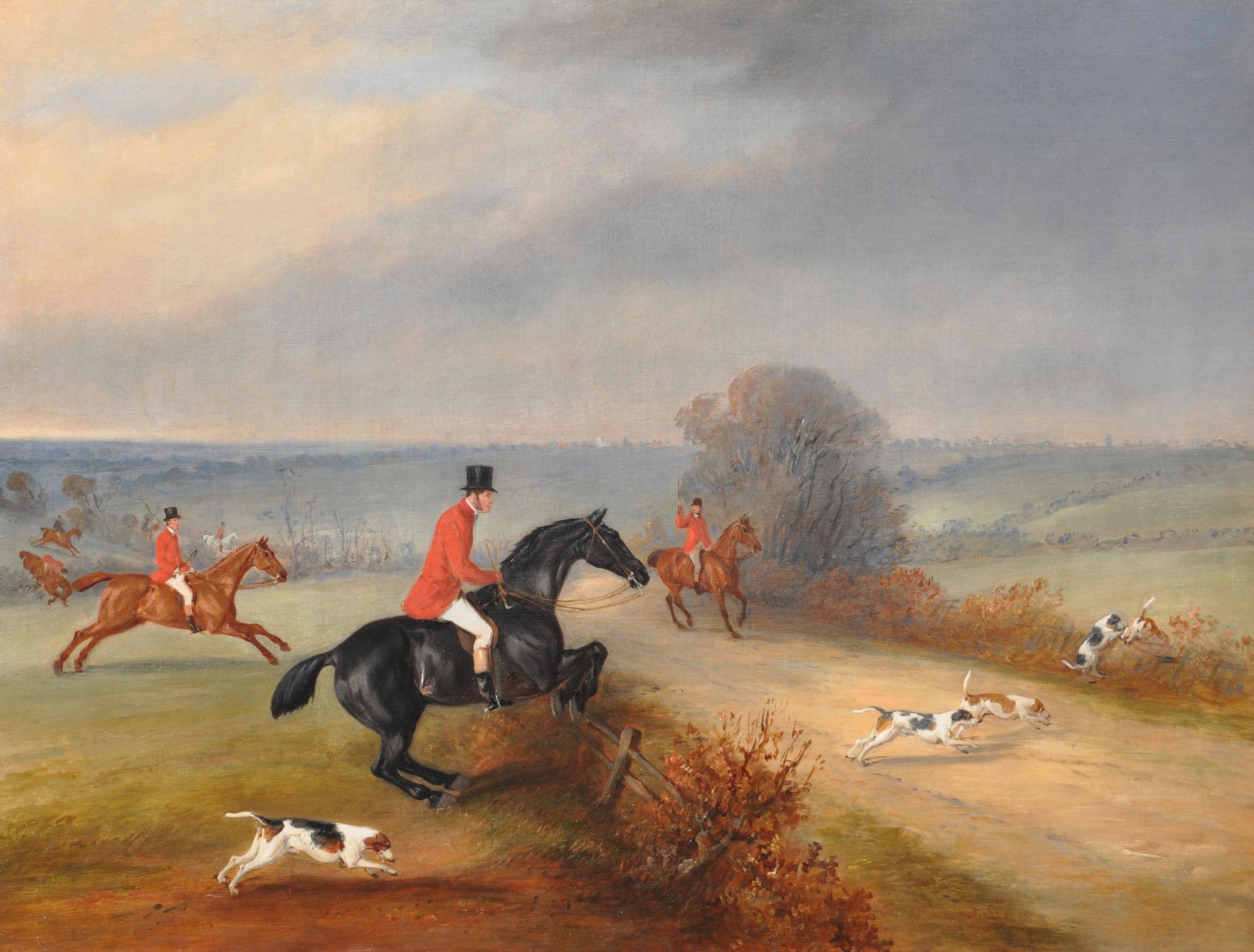 Oil on canvas, with inscription Melton Mowbray and date 1863 on reverse

Claude Lorraine Ferneley was a member of the renowned family of painters which included his father, the significant sporting artist John E Ferneley, and he was the brother of John Jnr., C.N.Ferneley and Sarah. All three children were born in Melton Mowbray, Claude remaining there for his entire life and he was given his name in recognition of his godfather Claude Loraine Smith who was a patron to sporting artists and squire of Enderby.

His father gave him instruction in painting and his influence is clearly discernible in his son's work. Claude assisted his father on some paintings on occasion, perhaps more than did his siblings, but this was mainly restricted to working up the backgrounds and John Ferneley issued invoices commensurate with this practice, charging less for the work that his son had undertaken. Because he was so adept at painting in his father's style, at times he was commissioned to do copies of John's works, particularly following the latter's death.

Claude was a most accomplished artist in his own right however and at his best was close to achieving the heights attained by his eminent father. He worked in watercolours - in which his draughtsmanship was equal to his father - as well as in oils, producing horse portraits, equestrian groups and hunting scenes, principally for local patrons. He only exhibited one painting, of horses, which was at the Royal Academy in 1868 but other examples of paintings by him include: "A Meet of the Quorn at Kirby Gate", "Mr S J Wellfit on his horse Barbarian", "Whitebait", "A Shooting Party in a Wood", "A saddled bay Hunter in a Loosebox" and "Two Huntsman in a Landscape", the last three among the six in the

collection of Leicester Museum and Art Gallery. The British Museum also has a sketchbook in its collection that belonged to him. The drawings are done in pencil, pen and brown ink and the volume is comprised of forty-one leaves and has illustrations and studies of horses, hunting scenes, jockeys, groups of figures and single figure studies of men and women in fashionable dress, a boy playing a piano, military scenes and studies after Titian, Claude Lorraine and Poussin.

It has been said of him that he lacked the ambition to be really successful in his life time but that he had a lovable personality although, like his brother John, he never married. In addition to his artistic talent he was also a gifted musician and, aged ten, would play the piano for the gathered gentry while accompanying his father on his working trips. Father and son were also responsible for the building of the new organ in Melton Church and the honour of being the first to play it went to Claude.

When he died in 1892, he was laid to rest near the grave of his father at Thrussington a few miles west of Melton Mowbray, where his father had been born in 1782.

with inscription Melton Mowbray and date 1863 on reverse