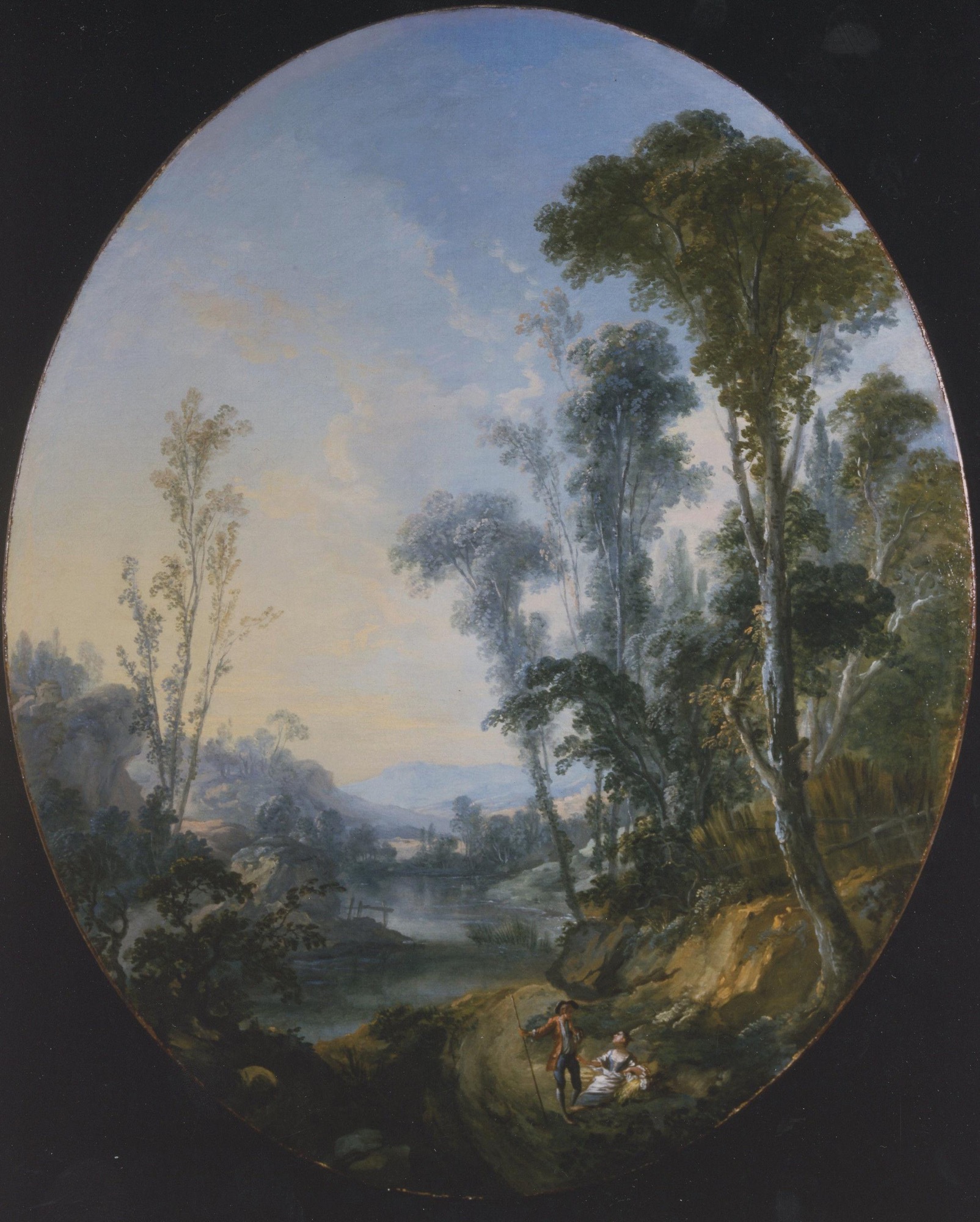 Nicolas-Jacques Juliard, who is also recorded as Julliard, Juliart or Julliar,  was born in Paris in 1715 and came to be known as a painter of country scenes.

His training as a pupil of the famous French Rococo artist, Francois Boucher, 1703-1770, is evident in his choice of subject matter and style of painting.  Juliard was one of the artists employed by Boucher in his studio to help in the execution of his numerous works.  It is known that Juliard painted the background landscapes in some of Boucher’s larger, decorative scenes.

In addition, Juliard worked for the famous Aubusson carpet factory in 1757.  He later was employed by Monsieur de la Ferte, who was the King’s Intendant des Menus Plaisirs, to work on two small country scenes in 1765 which became part of the Royal Collection.

Although best known for country scenes, Juliard also painted pictures depicting typical village activities. Examples of his work can be found in museums in France, such as Montpellier and Tours, as well as in Stockholm, where ‘View of Frascati ‘ and ‘The Outskirts of Tivoil’ are on view.