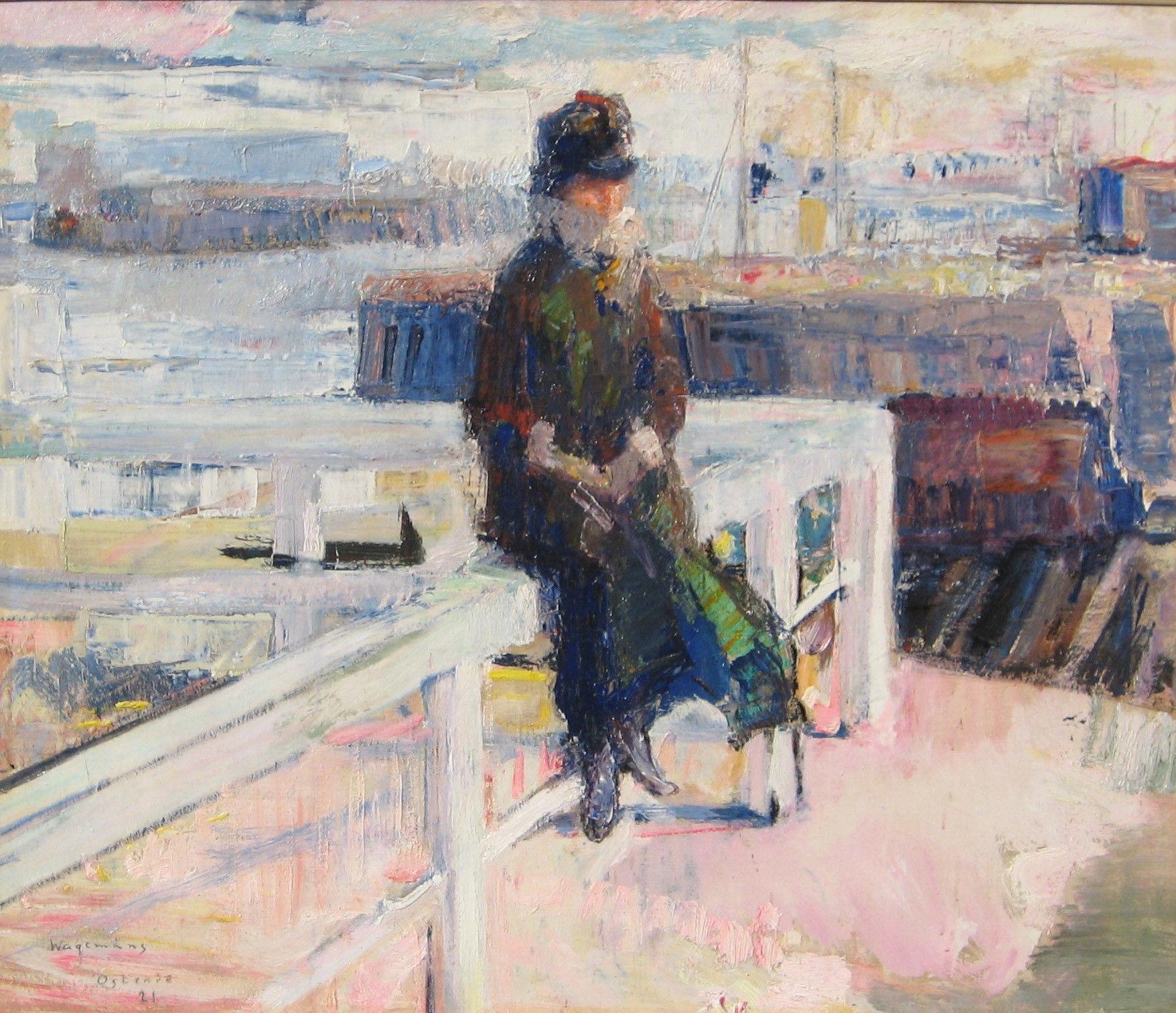 Maurice Wagemans was born in Brussels on 18th May 1877and was an art student at L`Académie de Bruxelles between 1890 and 1895. His masters were Jean François Portaels, the renowned Orientalist and classical genre painter and portraitist and the history, mythological and portrait painter, Joseph Stallaert.

Wagemans rapidly made a name for himself as a realist painter and draughtsman of landscapes, marines, genre scenes and still-life. He travelled to Paris to perfect his technique with his friends and fellow artists Alfred Bastien and Frans Smeers and while there, became heavily influenced by Henri Fantin-Latour and Edouard Manet. He was elected an Associate Member of La Société Nouvelle des Beaux Arts in Paris.

In Belgium, he held his first exhibition at Le Sillon in Brussels in 1900 and in 1902, showed a painting at Le Salon de Ganden. In 1912, he participated in the inaugural exhibition of the influential Galérie Georges Giroux. This gallery, more than any other in Belgium at that time, was the catalyst for the interest in avant-garde art and the Fauvists in particular were indebted to it for their expanding popularity.

Marcel Jefferys and Rik Wouters became an increasing influence on Wagemans` style of painting and his work evolved towards a luminist impressionism whereby the application of paint became more free and supple.

The outbreak of the Great War interrupted his career. He was initially a volunteer in the Brussels Civic Guard but fled to England in 1915 where he joined the Allied Forces there. He was a member of La Section Artistique along with his friend Alfred Bastien, and executed many drawings of life on the Front. In 1918 he was posted to the Canadian Army for the last months of the War.

During his time in England, Wagemans lived at 10 Jubilee Close, Chelsea and became a member of the Artist`s Association in London. He contributed to the Belgian Art in Exile Exhibition in 1916 and also showed four paintings in the London Salon and three at the New England Art Club in 1917. In the same year, fifteen of his works were included in L`Exposition des Peintres du Front Belges held in Switzerland and some of these were used by the Army as letterheads for L`Asile des Soldats invalides Belges.

Following the cessation of hostilities, Wagemans returned to Brussels and in May1919, showed sixty-four paintings at the La Galérie Studio there. This was a personal exhibition and was made up of his images and experiences of the War. He was elected to various contemporary art associations and continued to paint until his death on 31st July 1927 in Breedene-sur-Mer.

Examples of his work can be seen in museums in Brussels, (The Violinist and Nude on a Beach), Antwerp, Ghent, Ixelles, Ostend, Dublin and Johannesburg.