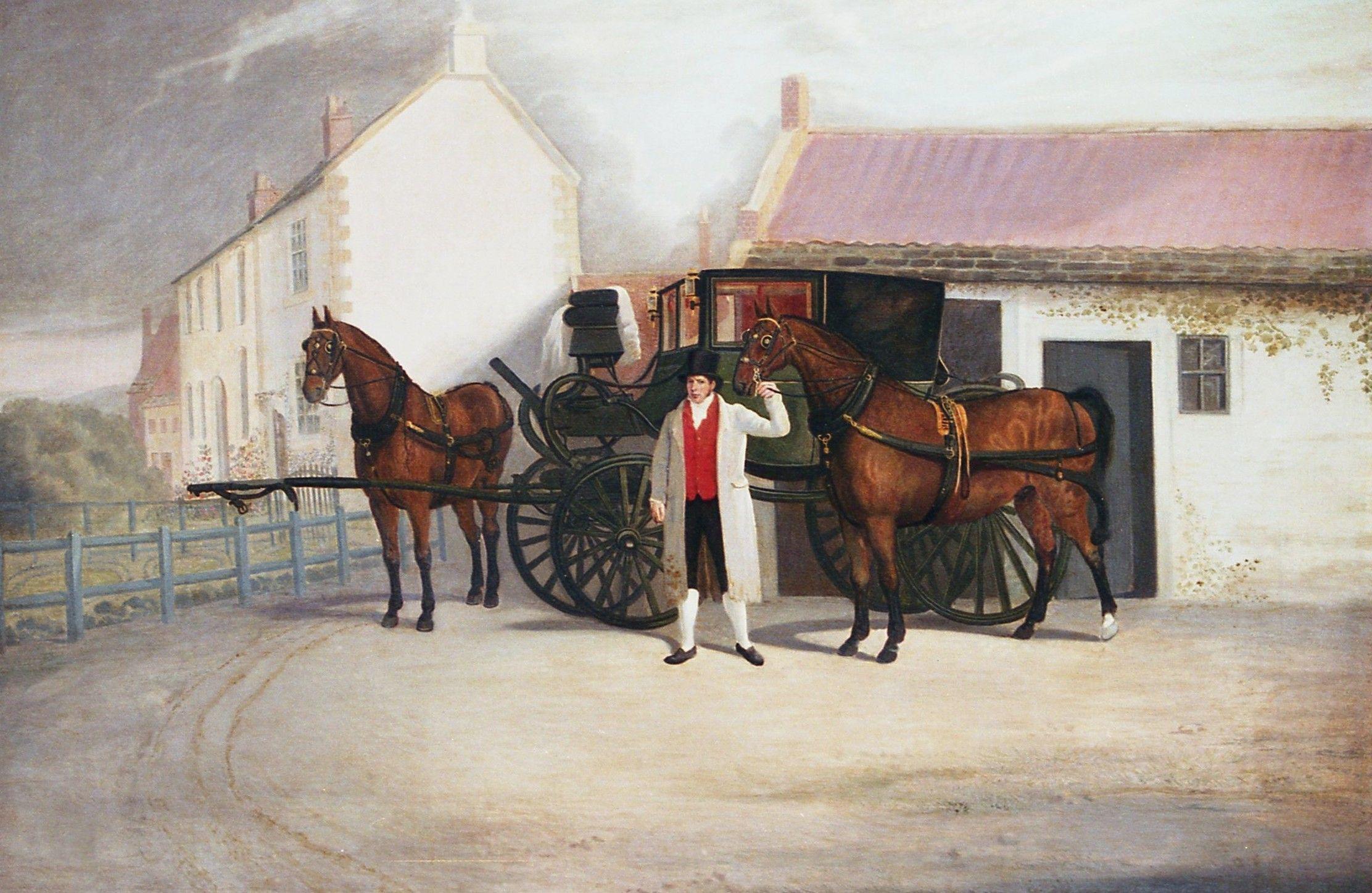 Clifton Tomson - sometimes written as J Clifton Tomson or Thomson - was well enough established as an artist at the age of 26 in 1801 to receive a commission to paint Earl Fitzwilliam's "Orville". However, comparatively few details are known of his life prior to this. He was born in Nottingham, the son of William and Mary and his father recorded himself as a "framesmith" but on his marriage certificate just as "gentleman".

Clifton married Grace Brailsford at Nottingham in 1797 and they had nine children, living most of their lives at Park Street in Nottingham.

He occasionally advertised his work in the Nottingham Journal declaring that he was holding an exhibition of horse paintings at his home or that he was showing pictures at local race meetings. His subject matter included many racehorses, hunters and carriage horses, dog and cattle portraits, racing scenes, a few hunting scenes and very occasionally shooting scenes. He travelled widely in England undertaking commissions and race scenes at Doncaster, Nottingham and York feature quite regularly.

It is for Tomson's commissioned portraits of hunters and race horses for which he best known and he secured work from influential patrons such as Lord Fitzwilliam and this abundance of work meant that he never needed to exhibit in London to advertise his ability beyond his favoured area. The more celebrated turf winners were engraved (such as the race-horse Orville dated 1812 which was engraved by J Scott) and thirty-five were published in The Old Sporting Magazine with the first of these appearing in 1801 included in Volume 18 It seems that his output increased towards the end of his life around 1820.

Stylistically he can be referred to as a transitional artist as he painted in the "modern, naturalistic style" that had evolved through George Stubbs and Ben Marshall but he still maintained some of the set poses and naiveté of the 19th century. His pictures are usually set in attractive landscapes often with a river in the background and although is horses have an approachable look with distinctive eyes yet there is no sentimentality in his work.

Titles of some of his paintings include: "Sheepface, a Black Charger with Stainsby the Groom", "A Bay Hunter with a Pug Dog in a Landscape", "Carriages, Horses and Dogs", "The Gold Cup at Doncaster, 1817", "Preparing to Start", "Groom holding a Bay Horse", "Lord Byron's Dog 'Boatswain', (the Newfoundland)" and "Lord Byron's Dog Lyon (the Wolf Dog).