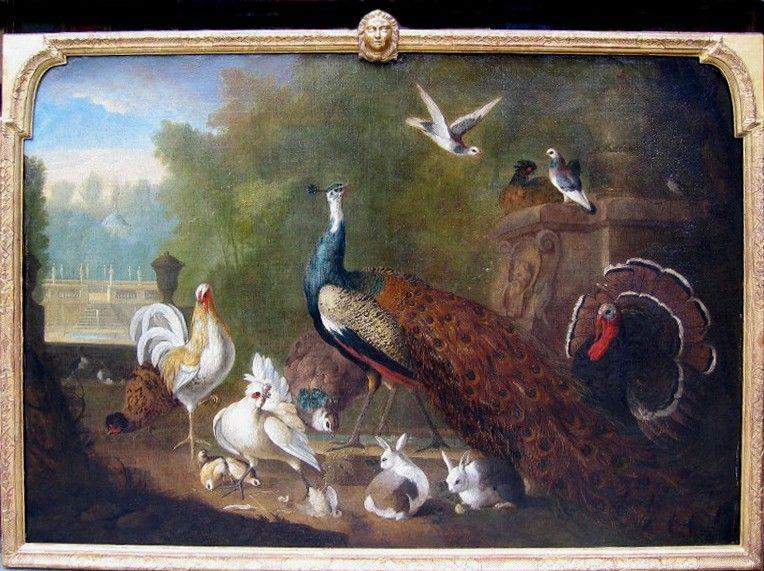 Marmaduke Cradock (also recorded as Craddock) was born at Somerton, near Ilchester, and until fairly recently had wrongly been called Luke Craddock.  He started his career as an apprentice at the home of an artisan painter in London, but due to his great energy and driving ambition, soon became an individual artist working in his own style.

He was a close follower of the important English bird and animal painter, Francis Barlow, but mainly in subject matter rather than style.  The English school of animal painting really started with these two artists in the closing stages of the Seventeenth century.  Cradock may be distinguished from Barlow by a bolder and more strongly coloured technique.  The landscapes, in which he sets his lively fowl- often pursued by a hawk, are delicately painted and accurately depict the aspect of the fens and farmland of Carolean England. He died in London in 1717.

Examples of the artist’s work can be found in the Painter’s Hall, London and the British Museum.