Bay Hunter in a Landscape 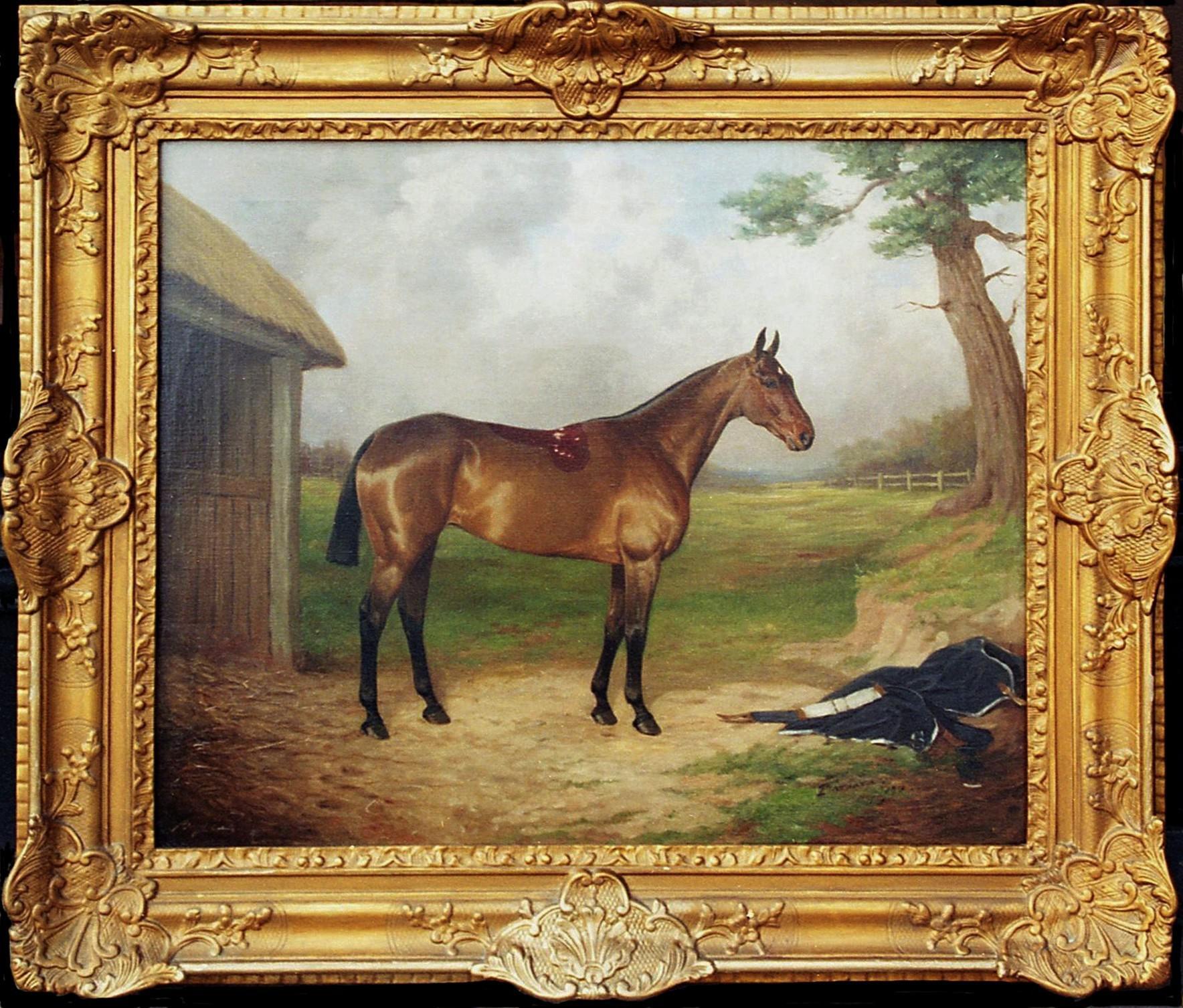 Bay Hunter in a Landscape

Bay hunter in a landscape

Oil on canvas, signed and dated ’06

Wright Barker's first recorded address is Bradford, where he lived until 1885. Barker also lived in Mansfield, Newark, London, and Harrogate.He and his wife, Ellen Mary, had two daughters.

Known for his rich use of colour and boldness of stroke, Barker worked on very large canvases, some as grand as 50 x 70 inches. His pictures are almost always signed and frequently dated as well. The dramatic paintings of carthorses are perhaps his most notable. Many dog portraits also exist, often with a fireplace or hearth in the background. It is clear that Barker also enjoyed painting packs of hounds in Sherwood Forest as well as hunting scenes, hunt horse portraits and the occasional human portrait as in "Harrison Benn, Esq., and Daughters" (Royal Academy 1901) and Highland cattle. His fine work "Rufford Hunt Hounds in Kennel" is certainly comparable to examples by John Emms or John Sargeant Noble. He sometimes painted other subjects such as Roman maidens with a certain Pre-Raphaelite quality.

Barker exhibited 22 paintings at the Royal Academy between 1891 and 1935, 28 paintings were exhibited with the Royal Society of British Artists, four at Liverpool, and nine elsewhere. Some exhibited picture titles include "In Forest's Depths Unseen," "My Children and their Pets," "The Day before the Fair", and "Full Cry."

Barker became a picture dealer later in life; however, he referred to himself as 'animal painter' in his will. Wright Barker died on 10th March, 1941 in Harrogate.