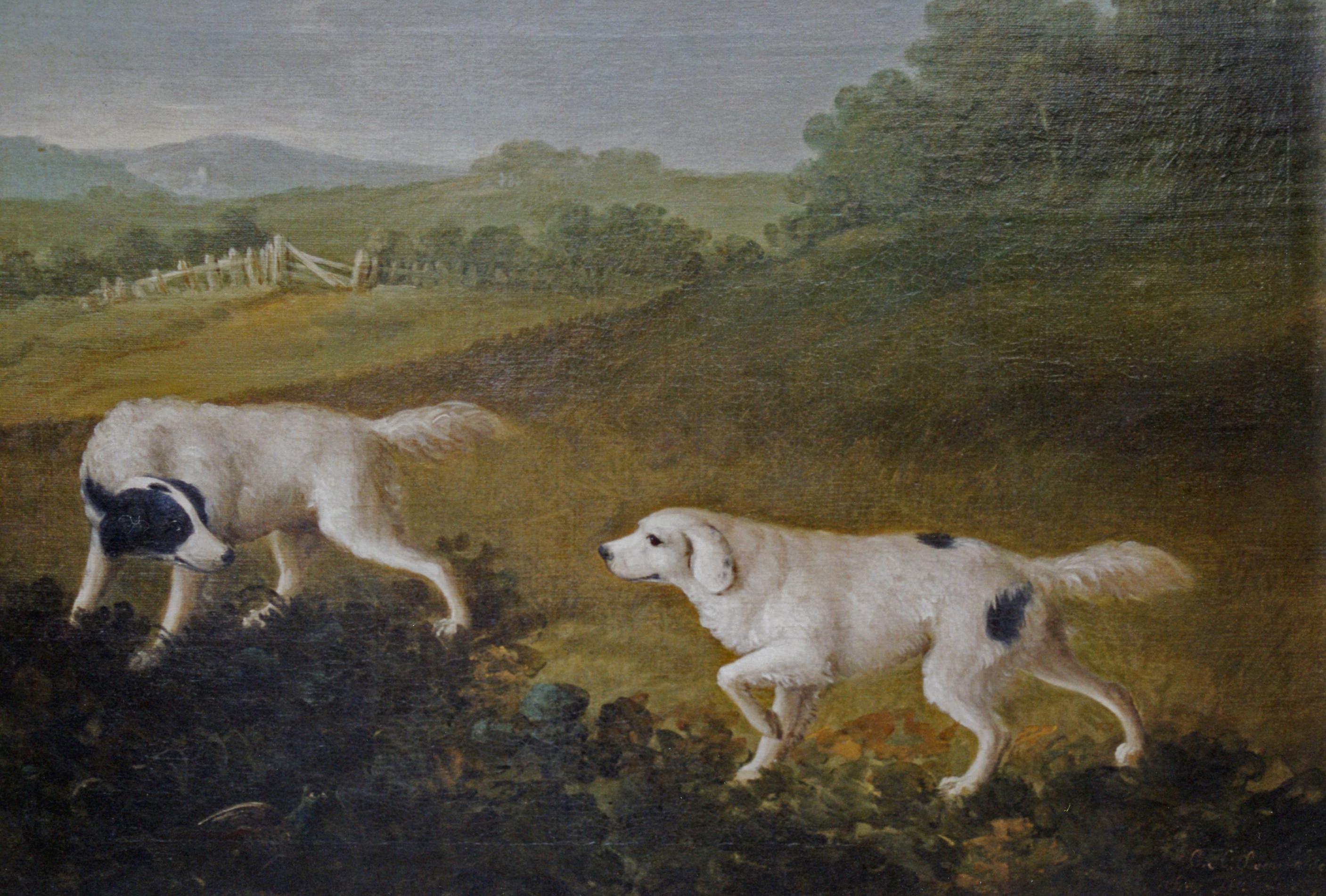 Despite his rather exotic sounding name, Schwanfelder, sometimes spelt 'Swanfelder,' was born at the Headrow in Leeds, Yorkshire, on 11th January 1774. His father John James was German and settled in Leeds to pursue his profession of decorating snuff box lids, trays and clock faces. He was also a landscape painter but of limited ability. Charles learnt his father's trade but was also successfully instructed by him in painting technique and from an early age showed a marked natural talent in depicting animals and dogs and horses in particular. He soon became more interested in producing paintings on canvas and panel than just working as a commercial decorator.

Schwanfelder enjoyed painting all subjects, from portraits and still lifes to landscapes and sporting scenes, but it was for his portrayal of horses that he first gained a reputation. Most of his oeuvre was produced in his native Yorkshire where he spent the majority of his life but he also worked in the Lake District, Scotland and Wales. He made occasional visits to London which can be seen from the various addresses he gave when exhibiting at the Royal Academy between 1809 and 1818.

Evidence that he was particularly rooted to Yorkshire is further corroborated by his enthusiastic support for the Northern Society for the Encouragement of the Arts, a body of which he was a founder member and contributor when it first came into existence in 1809. He provided twenty-four paintings - mostly landscapes - out of a total of 202 and the exposure was beneficial for him and his reputation grew as a consequence. He showed his first work at the RA in that year. One of his major patrons was George Lane Fox of Bramham Park and in 1814 he came to the attention of the Prince Regent who commissioned him to paint a portrait of one of his Arabs. This was followed by being appointed Animal Painter to the Prince in 1816 and subsequently reappointed in that post in 1821 when the prince became King George IV.

His travels around Britain painting landscapes fulfilled two requirements: the first to produce just landscapes in their own right as a subject but secondly to provide backgrounds to his animal portraits and pictures of country pursuits; the vistas of Yorkshire and Derbyshire were particular favourites. However, these excursions were curtailed in 1835 by the severe onset of asthma and in later years he broadened his subject matter into depictions of bible stories which he exhibited at the Northern Society.

The landscapes surrounding Schwanfelder's animals, although somewhat romanticised, have impressive tonality and deftly painted foliage and these, combined with well-observed dogs and horses, result in very pleasing paintings. The art critic and historian Shaw Sparrow describes him as a "transitional artist" in that he combined Stubbs' classicism with J F Herrings' romanticism.

He died in London on 9th July 1837 due to complications from an operation on his throat, an attempt to alleviate the symptoms of his asthma, but was buried in Leeds.

Apart from the Northern Society where the majority of his work was shown, ten of his paintings were exhibited at the Royal Academy and six at the British Institute in London. Titles of exhibited works include: "Moor game shooting", "Setters and Pointer", "A Setter and dead pheasant", "Malcolm, an Arabian, the property of HRH the Prince Regent", "The Lake of Grassmere, Cumberland" and "Portrait of a Sporting dog, the property of an officer".

Examples of his work can be seen in: Leeds Museums which has 15 paintings including "Sportsmen on the Moor" and "The Kiln", "Two children on a pony" and "Self-portrait"; University of Leeds, The Whitaker, University of Greenwich, Ferens Art Gallery, Bristol Museum and Art Gallery, The Hepworth, Wakefield, Nottingham City Art Gallery, York Museum, Scarborough Art Gallery, the Cooper Gallery, the National Trust at Florence Court and Calke Abbey and the Royal Collection and Government Art Collection.